Article 35A, 370 acted as a tool to spread terrorism and violence in valley: PM Modi 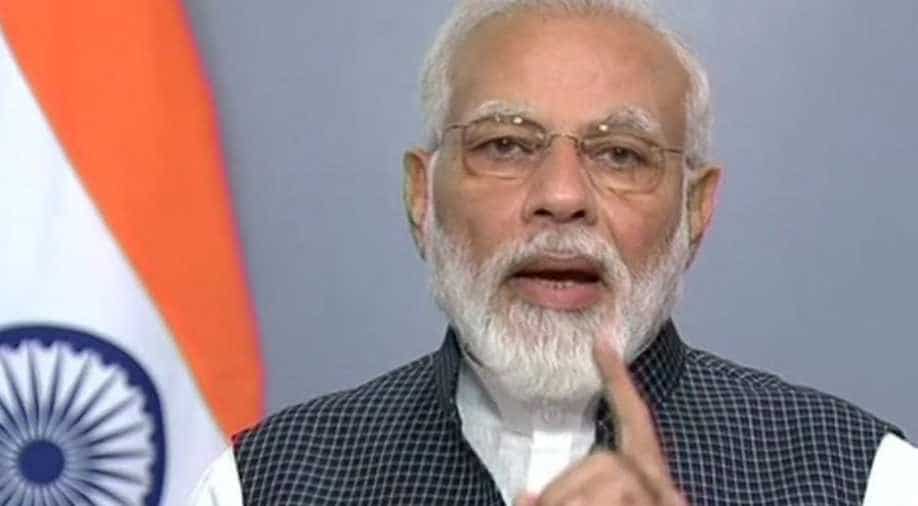 On abrogation of Article 370, he said the dream of Sardar Patel, Baba Saheb Ambedkar, Dr Syama Prasad Mukherjee, Atal Bihari Vajpayee's and of crores of patriots has been fulfilled, Modi said.

Article 35A, 370 acted as a tool to spread terrorism and violence in the valley and 42,000 lives were lost due to nefarious activities, largely espoused by few individuals for their personal agenda, Prime Minister Narendra Modi said on Thursday.

Two days after parliament approved a resolution to revoke decades-old special status to Jammu and Kashmir under Article 370 of the constitution and a bill for splitting the state into two Union Territories, Prime Minister Narendra Modi in a highly anticipated address to the nation, laid down the rationale behind the historic step and elaborated on the consequences of government's decision.

On abrogation of Article 370, he said the dream of Sardar Patel, Baba Saheb Ambedkar, Dr Syama Prasad Mukherjee, Atal Bihari Vajpayee's and of crores of patriots has been fulfilled.

Coming down heavily on decades of ''dynasty rule'' in the state that prevented the youth from political leadership, Modi said ''Now my youth of J&K will lead the development work and take the region to new heights.''

All post in J&K will be filled soon, the PM said.

The government's decision to create two UTs namely- Jammu and Kashmir and Ladakh was taken after constructive discussions and weighed options, he said.

Schemes on paper will now be implemented on ground in Jammu and Kashmir and Ladakh, the PM said and added, projects that remained on paper will actually see the light of the day.

Large parts of Jammu and Kashmir was bereft of democratic practices and electoral culture which exists elsewhere in the country, he said.

''You will be shocked, in J&K for decades, lakhs and thousands of perople had right to vote in Lok Sabha polls but neither they could vote nor contest in assembly/local polls. These are those who came to India after partition in 1947. Should injustice have continued with them?'' he said.

Modi also wished people of J&K on the eve of Eid and said the government was making sure that people have no problem in celebrating Eid. Those from J&K who live elsewhere and want to go home to celebrate the festival will be helped by the government, the PM said.