Watch: Indian college student tries to sneak girlfriend into hostel by hiding her inside suitcase, gets caught 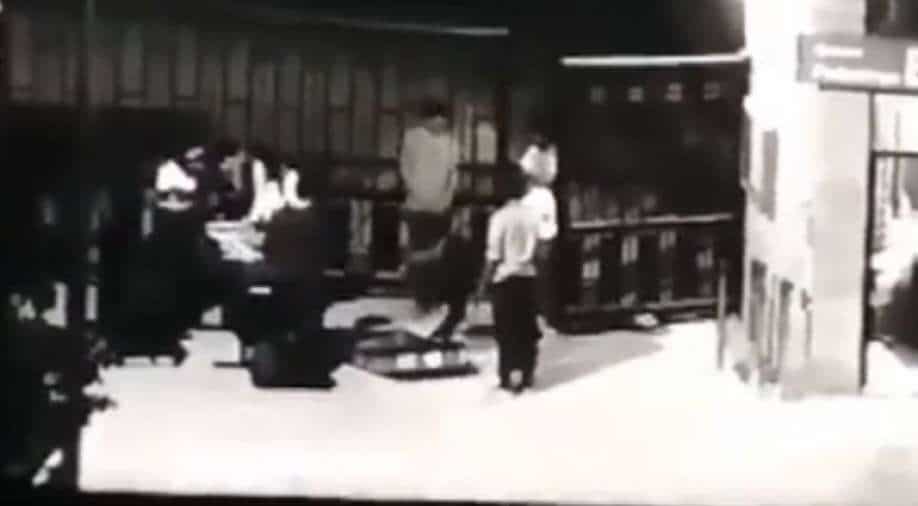 An engineering college student has been caught red-handed while trying to sneak girlfriend into his hostel.   Photograph:( Twitter )

Social media has erupted over the incident. Several people have shared comments, memes, etc. Both the boy and the girl have been suspended from the hostel and have been sent home

In a bizarre incident, an engineering college student was caught red-handed while trying to sneak girlfriend into his hostel by the caretaker.

Sound’s usual? Well, the unique thing in the incident was that the girl was actually hiding in a trolley bag.

In my life, I’ve seen a lot of crazy things. However, that Manipal lad trying to sneak a girl out via a suitcase is right at the top pic.twitter.com/yOteKVCAh3

According to the eye-witnesses, the trolley bag caught the caretaker’s attention when the student tried to enter the hostel. The boy was questioned by the caretaker as to why he was carrying a huge and heavy luggage.

IIT hostel - we sneaked in alcohol in our drafter bags

At this, the student stuttered and said that it contained items he had ordered online. The answer did not quell but only confirmed the caretaker’s suspicions.

Dating app bios in Manipal: There's always a space for you in my suitcase.

So, he asked the boy to open the bag as he wanted to see the items inside it.

Most people staying in manipal hostels have probably thought about the suitcase thing.

However it’s not the idea that matters, it’s the execution. pic.twitter.com/lj2n9X6JEZ

Although the student tried to stop the caretaker by giving the argument that the goods were quite delicate, the caretaker didn’t budge.

When the bag was opened, the girl was found curled up inside it. She was also a student of the college and a dancer, a report said citing an eye-witness student.

Both the boy and the girl have been suspended from the hostel and have been sent home, it added citing sources.