Rupani to be sworn in as Gujarat CM today, PM Modi, Amit Shah to attend 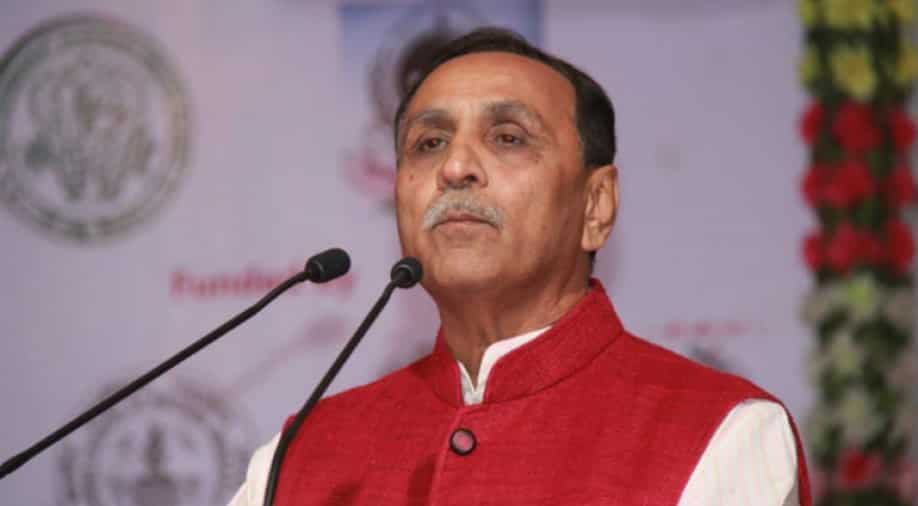 The new BJP government led by Vijay Rupani and his deputy Nitin Patel will be sworn in in Gandhinagar today.

The swearing in is expected to start at 11 am.

Rupani and Patel will take their oaths as chief minister and deputy chief minister for the second consecutive term after having been elected on Friday.

The ceremony will be attended by Prime Minister Narendra Modi and party chief Amit Shah among other union ministers and senior leaders.

Prime Minister Narendra Modi waves to crowd gathered on his way from the airport in Ahmedabad pic.twitter.com/uXJ3u0UBhP

Apart from Rupani and Patel, six to nine cabinet and around 15 ministers of state are also expected to be sworn in, party sources said.

To be able to work for the welfare of the people and contribute in all-round development of the state is a reward of the life time. Humbled & honoured indeed. pic.twitter.com/KZWdj1hMh0

News reports said Rupani plans to keep the number of ministers in his cabinet to below 20, against the maximum provision of 27.

The newly-elected leader said the party would consider a mixture of factors such as experience, caste, and region while selecting its ministers.

The BJP won the election to the 182-member Gujarat Assembly with a clear majority of 99 seats.

The Congress Party trailed in second with 77 seats, followed by the Bharatiya Tribal Party (two), and NCP (one), while three seats were won by independent candidates.

Rupani secured a comfortable win by a margin of 1,31,586 votes from the Rajkot West seat.