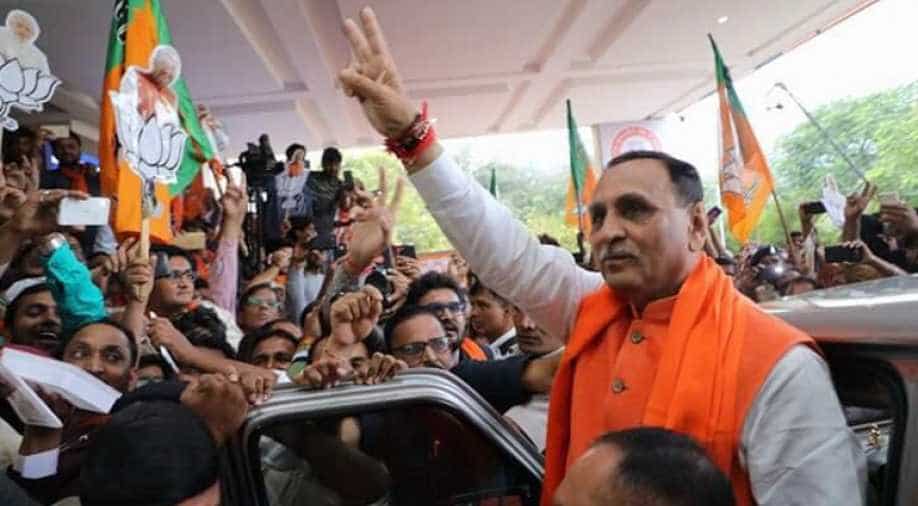 The event is scheduled for 11 am on 26 December. Photograph:( Facebook )

The swearing-in ceremony of the new BJP government in Gujarat will take place on December 26 at Gandhinagar's Sachivalaya Ground.

Vijay Rupani will take oath as the chief minister for the new BJP term in the state, while Nitin Patel will take over as Deputy Chief Minister.

The event is scheduled for 11 am on December 26.

During the election campaign, BJP president Amit Shah had announced that the party was fighting Gujarat elections under Chief Minister Vijay Rupani and his deputy Nitin Patel. Prime Minister Narendra Modi was, however, the face of the party in the elections.

The BJP though managed to take charge of the state for the sixth consecutive term. The party, however, is mulling a course correction as it held a narrow margin victory against Congress.

BJP won 99 seats in the 182-member Assembly while the Congress and its allies won 80.

BJP secured seven seats more than the 92 needed for forming a government in the state.