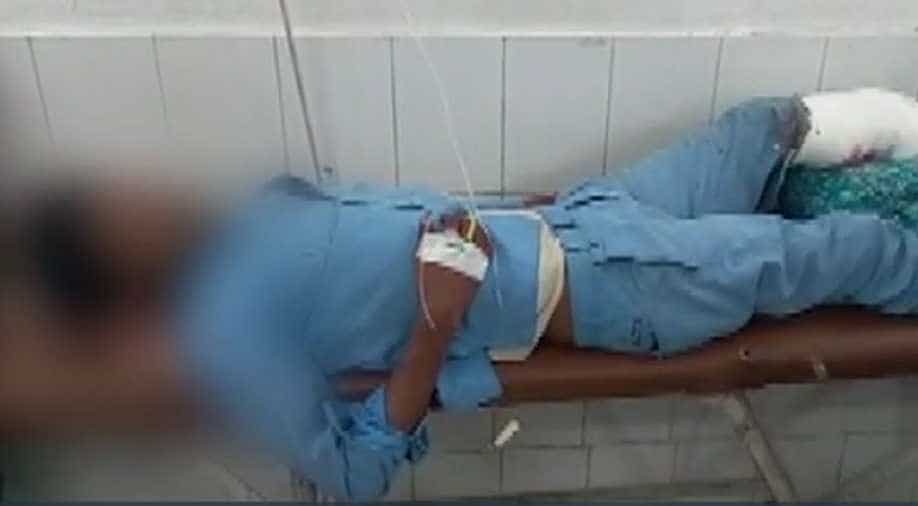 Hospital authorities in Uttar Pradesh's Jhansi have suspended two doctors after a patient's amputated leg was used as a pillow to prop up his head, a hospital official said on Sunday.

The man, identified as 28-year-old Ghanshyam, was seriously injured in a bus accident. He said that the staff of the government-run Maharani Laxmibai Medical College and Hospital in Jhansi put the severed leg under his head as a pillow.

He had lost the leg in the accident on Saturday and was brought to the hospital in a critical condition.

Uttar Pradesh Chief Minister Yogi Adityanath on Sunday announced a compensation of Rs 2 lakhs for the patient. The chief minister also asked the Chief Medical Secretary to submit a report of the incident in one day.

Administrators at the hospital vowed "strict action" after images emerged on local TV networks showing the patient on a stretcher with the amputated limb being used as a headrest.

Two doctors have been suspended pending investigation, said Sadhna Kaushik, the principal of the medical college said on Sunday.

"We have set up a four-member committee to find out who put the severed leg under the patient's head," the principal said.

"Strict action will be taken if our staff is found at fault," she added.

Ghanshyam's relatives said hospital staff ignored their requests that Ghanshyam be given a pillow and that when they reached hospital, they saw his leg being used as a headrest. They eventually brought him a pillow.

Sadhna Kaushik said the patient was given "immediate" medical attention and one of his relatives placed the leg under his
head.

"The doctor looked for something to raise his head. The patient's attendant used the leg," she told PTI.

According to the medical college authorities, the CCTV footage would be reviewed to find out who was responsible for placing the severed leg as a pillow. Chief medical superintendent Harish Chandra Arya said stringent action will be taken against the guilty after the inquiry.

Uttar Pradesh Deputy Chief Minister Dinesh Sharma said the state government will take action once the full information about the incident is available.

Last year, more than 70 children died in a single week at a government hospital in Gorakhpur that suffered oxygen shortages.

An unlicensed doctor was arrested last month for allegedly infecting at least 46 people with HIV by re-using a syringe.