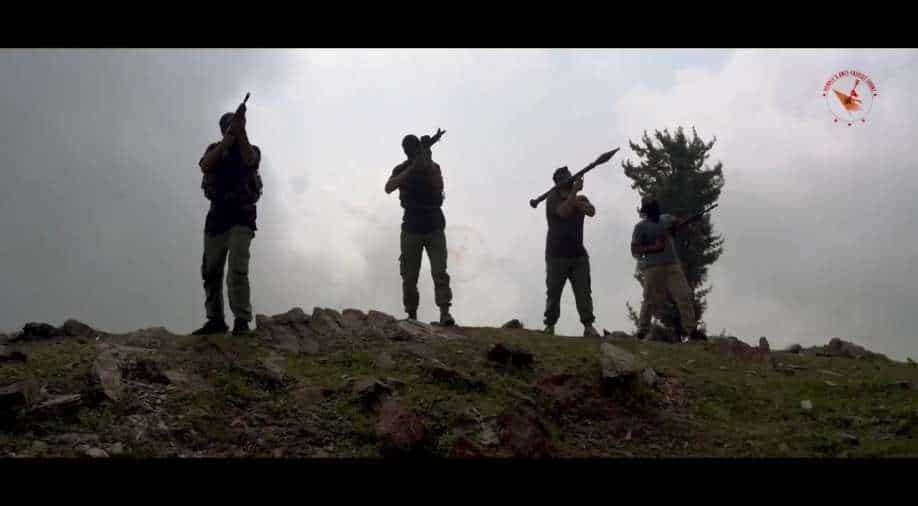 US army weapon left in Afghanistan makes its way to Kashmir Photograph:( WION )

Six foreign terrorists were recently killed in Jammu and Kashmir by security forces in different operations, all of them were carrying US-made M4 carbine rifles

The terror groups in the Kashmir valley have got hold of arms and ammunition left by the US army in Afghanistan. In a recent video released by a terror organisation, American made rifles and pistols can be seen being used by the terrorists.

Six foreign terrorists were recently killed in Jammu and Kashmir by security forces in different operations, all of them were carrying US-made M4 carbine rifles.

In a video released by a terror group named People's Anti-Fascist Front (PAFF), several terrorists can be seen using M249 automatic rifles 509 tactical guns, M1911 pistols and M4 carbine rifles. All these weapons are being used by the American army as well.

It is believed that the leftover arms and ammunition are being sold openly by the Taliban in Afghanistan. The terror groups from Pakistan are buying these weapons and ammunition from the Taliban and sending them across the border to Kashmir Valley.
Some of the ammunitions like M4 carbine rifles have been recovered by forces in recent operations.

The Defence analyst in India had always predicted that the arms and ammunition will fall into the hands of terror groups operating from Pakistan. According to security forces, there are around 85 foreign terrorists in the Kashmir valley. These foreign terrorists have been carrying American assault rifles.

The security forces also believe that these rifles, pistols, grenades etc are being sent from across the border with the help of drones.

Many such instances were foiled by the security forces on the border.

The sophisticated weaponry is a new and big challenge for the security forces in the Kashmir Valley. And in response to this, Jammu and Kashmir police will be the first police force in the country to get US-made Sig Sauer 716 Rifles and Sig Sauer MPX 9MM pistols.