Two Congress MLAs resign in Goa; party strength down to 14 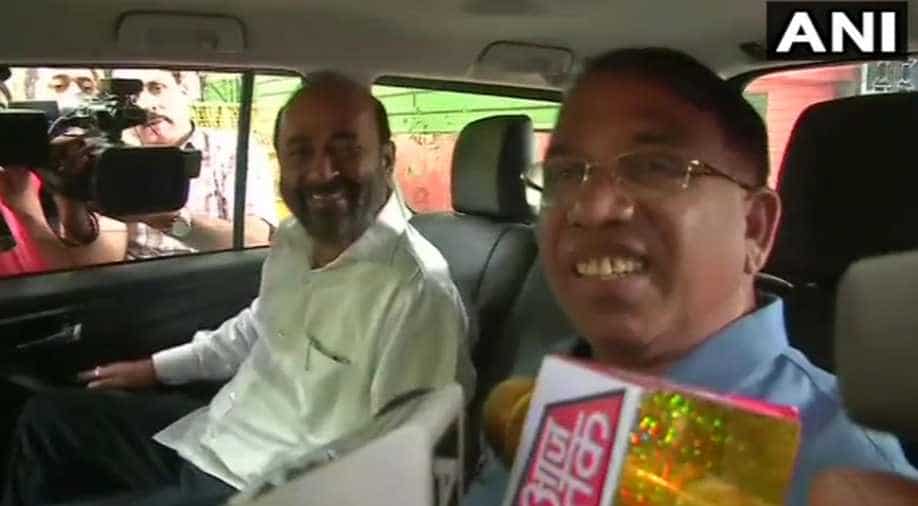 Subhash Shirodkar and Dayanand Sopte, who went to Delhi late last night, faxed their resignation letters to Speaker Pramod Sawant and are set to join the BJP.

In a major setback to the Congress in Goa, two of its legislators resigned Tuesday as members of the state Assembly, reducing the party's strength from 16 to 14 in the 40-member House.

Subhash Shirodkar and Dayanand Sopte, who went to Delhi late last night, faxed their resignation letters to Speaker Pramod Sawant and are set to join the BJP.

With their resignation, the Congress ceases to be the single largest party in the Assembly whose effective strength now stands reduced to 38.

The development assumes further significance as it comes at a time when Goa is witnessing hectic political activity against the backdrop of the ill-health of Chief Minister Manohar Parrikar.

The Speaker said the resignations have been accepted.

"I and Shirodkar have resigned as MLAs and also from the primary membership of the Congress. We have sent our resignations to the Congress party," Sopte told PTI over phone from Delhi.

Leader of Opposition in Goa Assembly Chandrakant Kavlekar expressed shock over the development.

"We came to know through media reports that two of our legislators are in touch with the BJP and might resign. We are shocked," he told reporters here.

Sopte and Shirodkar were part of the crucial Congress Legislature Party meeting held in the state earlier to discuss the political situation arising out of the ill-health of Chief Minister Manohar Parrikar, Kavlekar said.

Sopte, 54, represented the Mandrem Assembly constituency in North Goa district, while Shirodkar, 66, was elected from the Shiroda in South Goa district.

In the 40-member Goa Assembly, the Parrikar government has the support of 23 MLAs. These comprise 14 BJP MLAs, three each from the Goa Forward Party and the Maharashtrawadi Gomantak Party as well as three Independents.

The Congress, with 16 seats, had emerged as the single largest party in the fructured verdict thrown up in the Assembly elections held in March last year.

Shirodkar won five times from the Shiroda constituency and was the Cabinet minister from 1985 to 2000.

Sopte had defeated BJP's Laxmikant Parsekar, who was the chief minister before the state polls last year.

He had won from the Pernem Assembly seat on the BJP ticket in 2007 but resigned from the party to join the Congress in 2012, when he was denied a ticket.

When the Pernem seat was reserved for a Scheduled Caste candidate, Sopte aspired to contest on BJP's ticket from Mandrem constituency in 2012 but the party fielded the then BJP Goa unit chief Laxmikant Parsekar from there.

Sopte had then fought the 2012 Assembly poll from Mandrem Congress ticket but lost to Parsekar.