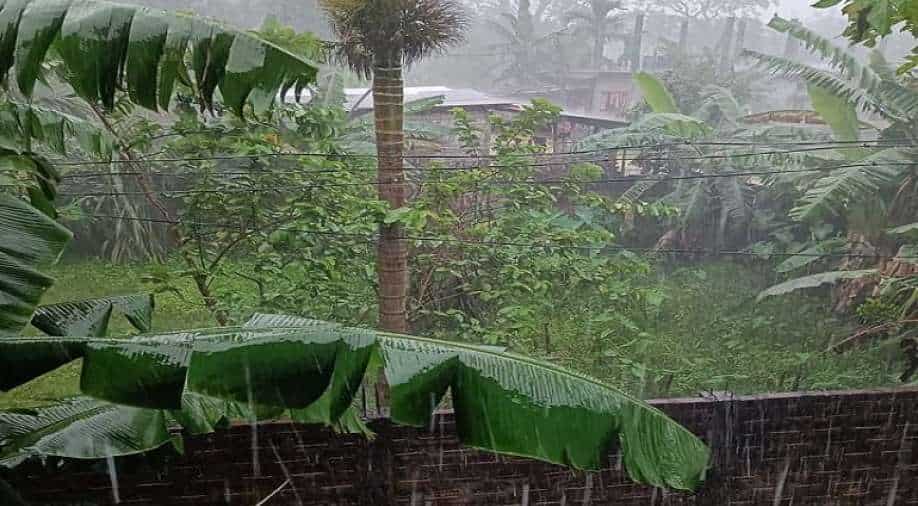 On Friday, the town experienced a mammoth 1003.6 mm of rainfall in 24 hours – the highest ever on a day in June, according to the India Meteorological Department (IMD).

The Indian state of Meghalaya is well known for the huge amount of rainfall it receives every year and Mawsynram – known as the wettest place in the country – broke a 66-year-old record this week. On Friday, the town experienced a mammoth 1003.6 mm of rainfall in 24 hours – the highest ever on a day in June, according to the India Meteorological Department (IMD). The previous record for most rainfall in a single day in Mawsynram was 944.7 mm on 7 June 1966, according to a PTI report.

Cherrapunji, which is among the wettest places in the world, also saw around 972 mm of rainfall on the same day – the highest in June since 1995 and the third highest in the last 122 years.

"It doesn't always rain like this. 50-60 cm is normal once or twice every year. But 80 cm and above is certainly not usual," Das told PTI while explaining the sudden increase in rainfall.

"A trough has been persisting over the region for some days and south-westerly winds have been continuously bringing a lot of moisture from the Bay of Bengal. These winds smash against the cliffs of the Khasi hills and give rainfall," he added.

The state of Meghalaya, as a whole, has received 865.7 mm of rainfall since June 1 and according to the experts, that is nearly 153 per cent more than the normal amount of rainfall every year.