The Maldives win: What it means for India 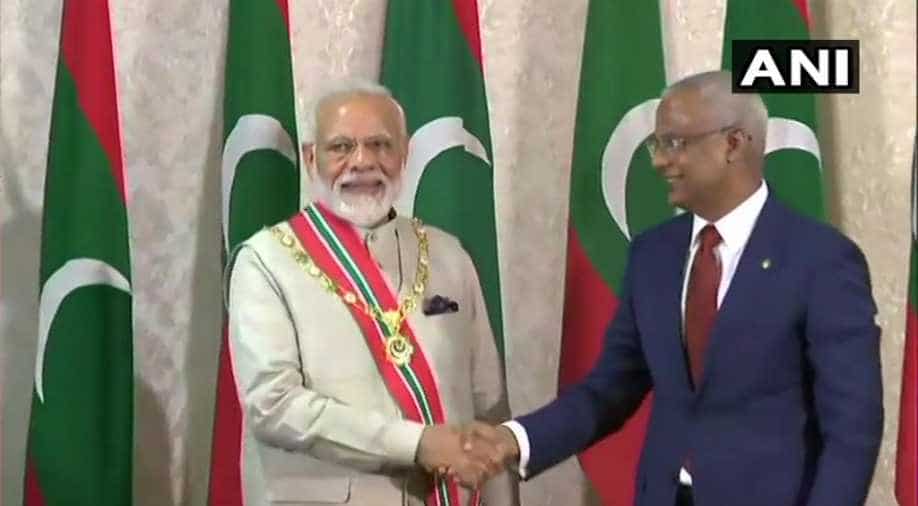 Ibrahim Mohamed Solih was inaugurated Saturday as the new president of the Maldives after the opposition united to dislodge pro-China strongman leader Abdulla Yameen in September elections.

A tussle for dominance has ended in Maldives, at least for the time being. Ibrahim Mohamed Solih was inaugurated on Saturday as the new president of the country after the opposition unity dislodged the pro-China strongman Abdulla Yameen in September elections.

With PM Modi as the highest ranking visitor at the inauguration ceremony of the new president Mohd Solih in the Maldives - and with the defeat of Abdulla Yameen -- India is hoping to regain lost ground.

Solih has promised an 'India first policy' and his team is reviewing millions of dollars worth of investment from China - as well as debt and how to restructure it to reduce its dependence on the Chinese.

But while he plans to tighten his grip, he also hopes to get at least 200 to 300 million from friendly nations - like India, Saudi Arabia, and the US to pay back China it's whopping US 1.5 billion of debt - which is more than a quarter of the country's gross domestic product.

How will the Maldives pay back the debt? And until its paid, are the Chinese very much the stakeholder?

This year alone - the Chinese have completed a mile-long China-Maldives friendship bridge Which connects the airport on one island to the capital on another.

The Chinese are also expanding the airport itself. The airport development is an especially sore point with India after the Maldivian government canceled a US $511 million deal with India's GMR Infrastructure and later gave the contract to Beijing.

It could take months to rid the Maldives of the Chinese influence and many of these deals are enveloped in secrecy.

But India is willing to help and has in the past provided a US $75 million credit line of which a third had been utilised before the diplomatic chill set in with the previous administration.

There is also currency swap agreement between the two nations and defence deals which have seen several recent setbacks under the Yameen administration who withdrew from agreements and sent back Indian military helicopters as well.

So India will hope to get back some of those defense agreements and access to key ports and islands which are strategically important to India.

But China remains a big player. Which means the relationship is unlikely to completely unravel anytime soon.