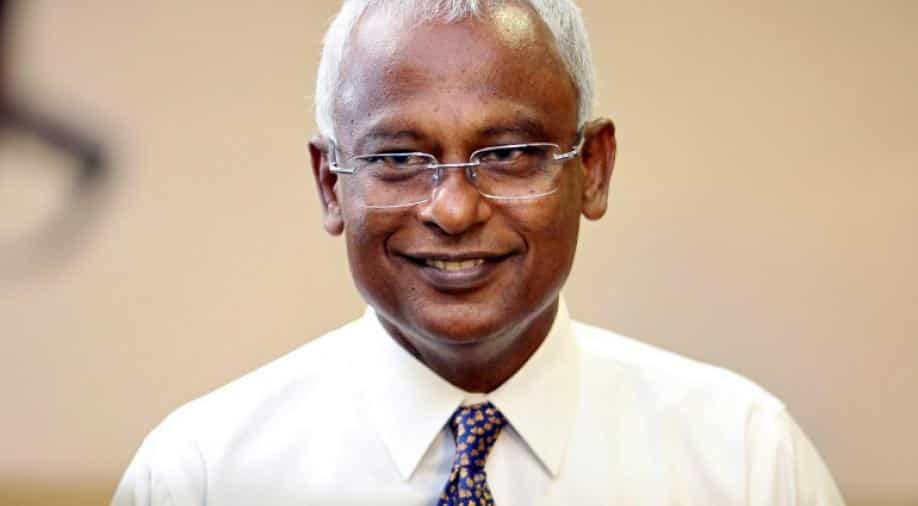 Solih, 54, emerged as common opposition candidate as all key dissidents were either jailed or forced into exile by Yameen who took power following a controversial run-off in 2013.

Ibrahim Mohamed Solih was inaugurated Saturday as the new president of the Maldives after the opposition united to dislodge pro-China strongman leader Abdulla Yameen in September elections.

Solih, 54, emerged as common opposition candidate as all key dissidents were either jailed or forced into exile by Yameen who took power following a controversial run-off in 2013.

At a special session of parliament held at the National Football Stadium in the capital Male, Solih was sworn in with India's Prime Minister Narendra Modi among those in attendance.

The United States and the European Union had threatened sanctions if the vote had not been free and fair.

Both neighbouring India and Western nations watched with concern as Yameen moved closer to Beijing which loaned the strategically placed archipelago millions of dollars for infrastructure.

"I am confident that my visit will herald a new era of even closer exchanges and cooperation between our two countries," Modi said on Facebook, especially in "infrastructure, health care, connectivity and human resource development."

Solih's Maldivian Democratic Party (MDP) has pledged to end what it called "China's colonialism" and to resist a "land grab" in the country which straddles key East-West shipping routes.

MDP leader and former president Mohamed Nasheed has vowed his party would reduce reliance on China and renegotiate millions of dollars in loans taken from Beijing.