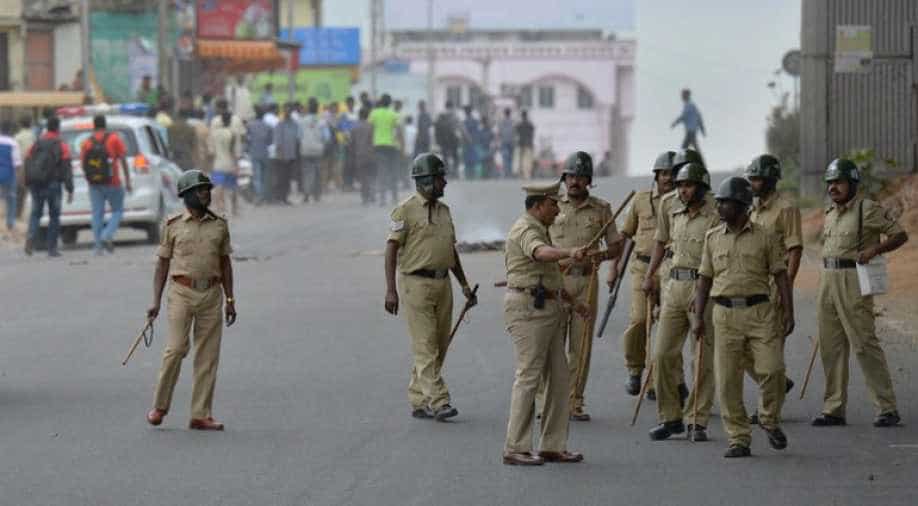 In a video that has now gone viral, the policeman from the southern Tamil Nadu state is seen beating a man despite cries and pleas from the victim’s friends

A police officer in the southern Indian state of Tamil Nadu has been arrested for brutality, after a video of the incident in Salem District has gone viral.

In the video, Periyasamy is seen beating a man despite cries and pleas from the victim’s friends. This incident took place at the Pappinaickaenpatti check-post under the Yethapur station in the district.

The victim, a 47-year old farmer, died on Wednesday, after being beaten with a cane stick  by Periyasamy in public at the border checkpoint on Tuesday evening.

It is said that the victim had gone with his friends to the nearby Kallakurichi district to purchase liquor. When stopped by the cops, the farmer who was in an inebriated state, is said to have argued with the cops.

In the clip of the brutal attack, Murugesan and his friends are seen pleading with the policeman, who continued to thrash the man indiscriminately, while other cops in the vicinity looked on.

Apparently, the policeman stopped raining blows with the cane stick only after the victim fell unconscious.

Owing to the pandemic, 11 districts of Tamil Nadu including Salem are still under restrictions, due to which all liquor shops are shut.

Owing to such restrictions, people from such districts tend to go to some adjoining districts where the state-run liquor shops are open, despite the guidelines preventing them from doing so.

This issue was also raised in the stare legislature by leader of opposition Edappadi K Palaniswami. Chief Minister Stalin assured action and said an investigation was underway.

This incident of police brutality is reminiscent of the Jayaraj-Bennix custodial death case that took place in Tuticorin, in June 2020.