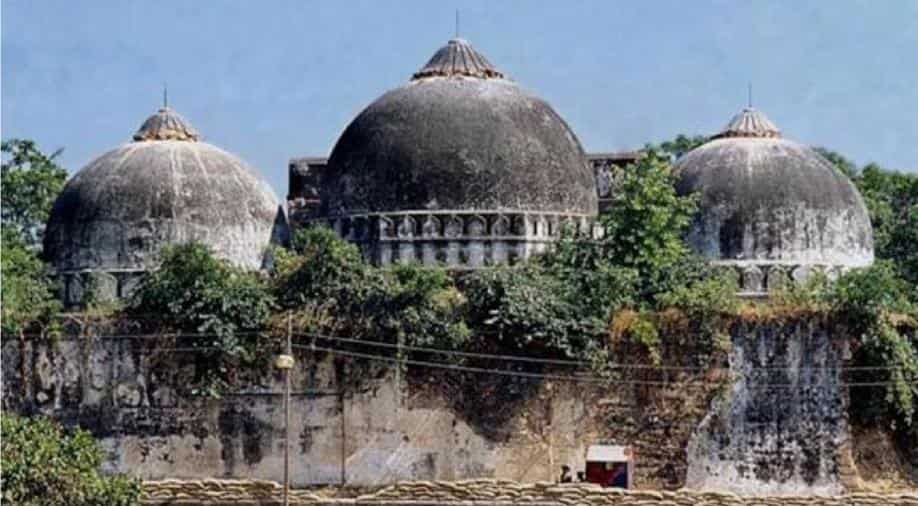 The Shia Central Waqf Board offered a solution Monday to the Babri Masjid-Ram Janmabhoomi conflict in Ayodhya.

The Board submitted a draft proposal to the Supreme Court seeking an amicable resolution to the Ayodhya issue by calling for the construction of a 'Masjid-e-Aman' in Lucknow's Hussainabad area.

Speaking to the media, Shia Central Waqf Board chairman Syed Waseem Rizvi said, "The draft for resolving the Ayodhya issue, prepared by the Shia Waqf Board, has been submitted to the Supreme Court on November 18."

He called the proposal "the best" while saying that the board is the "mutawalli" (caretaker) of the Babri Mosque and "had suggested giving up its right over the land in Ayodhya".

Rizvi added, "The Board is of the view that instead of Ayodhya, a 'Masjid-e-Aman' be constructed in Lucknow's Hussainabad area and it has requested the government to provide one acre land for it."

Referring to the claims of the UP Sunni Central Waqf Board over the disputed site, Rizvi said the one-third land given by the Lucknow bench of the Allahabad High Court through its September 2010 judgement was to Muslims and not to the Sunni Waqf Board.

Rizvi had claimed that as the Sunni Waqf Board had lost the case of its registration in several courts, only the Shia Waqf board had a right to the mosque.

Rizvi, addressed the press conference along with Mahant Narendra Giri, chairman of the All India Akhara Parishad, alleged that the Shia Board's views on the matter were never put forward in a forceful manner because the lawyers deployed for the purpose were "fake".

"On perusal of the files of the board, we have found that the lawyers pursuing the matter had not even been given the "vakalatnama" by the board, Rizvi said. He also demanded that the government order an inquiry into it.

Rizvi said, "The Shia Waqf Board is being accused of becoming active on the Ayodhya dispute lately but the reality is that it had no knowledge that lawyers have been deployed in the court from its side...The government needs to inquire as to who had deployed counsels on behalf of the board who did not plead the case properly."

Giri said that a Ram temple in Ayodhya will be constructed soon and that an amicable settlement should be reached on the issue by talking to all the parties concerned.