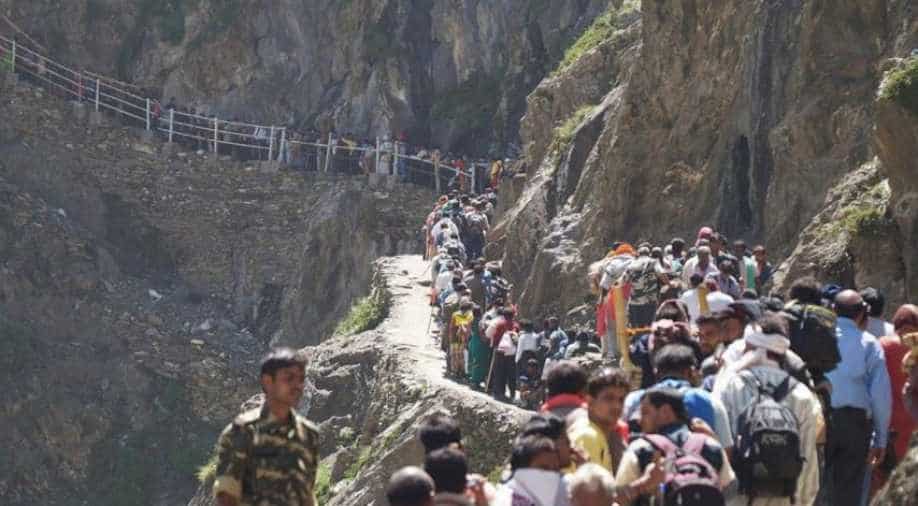 On the first day of the Governor's rule, the BJP-led central government sent a team of the National Security Guards (NSG) to Srinagar. The plan has been made keeping in view the intelligence reports that militants may target Amarnath Yatra, the annual pilgrimage.

The 60-day-long pilgrimage to the holy cave shrine of Amarnath in south Kashmir Himalayas will commence on June 28 and conclude on August 26.

The NSG commandos have been armed with latest weaponry so that they are prepared to deal with any hostage-like situation. These commandos will also be stationed at Srinagar airport to tackle any eventuality.

The Army has also strengthened security across the International Border (IB) and the Line of Control (LoC) to neutralise any attempt of infiltration by terrorists.

More emphasis has been to provide adequate security at Baltal and Pahalgam, key points on the route to the cave shrine of Amarnath.

The jawans of Central Reserve Police Force (CRPF) have also been deployed at vital places for security of the pilgrims. The first batch of Amarnath pilgrims is scheduled to depart from the Jammu base camp on June 28 under tight security.

On July 10 last year, at least nine Amarnath pilgrims were killed and 19 others were injured in the attack on the bus in south Kashmir's Anantnag district.

In December, the police claimed to have killed all the three Lashkar-e-Taiba (LeT) militants involved in the attack.