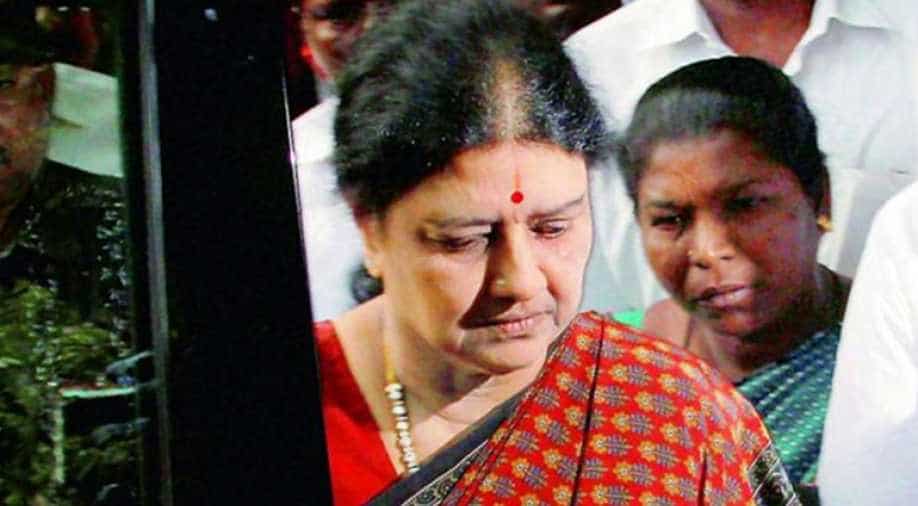 The return of the ousted AIADMK General Secretary and late Chief Minister Jayalalithaa’s aide to Chennai on February 8th, following her incarceration, was keenly watched, owing to the impact it would have on the AIADMK and its allies

VK Sasikala’s sudden announcement to stay away from politics, barely a month after reaching Chennai amid a grand welcome has led to an unexpected twist in Tamil Nadu politics, as this comes in the run-up to the crucial Assembly poll on April 6. On the one hand, while her nephew and AMMK General Secretary TTV Dinakaran has expressed shock and said it would be a setback, the BJP has welcomed the move, via a statement issued by State President Dr. L. Murugan.

The return of the ousted AIADMK General Secretary and late Chief Minister Jayalalithaa’s aide to Chennai on February 8th, following her incarceration, was keenly watched, owing to the impact it would have on the AIADMK and its allies.

Aside from the clout she once enjoyed within the party, she also hails from an influential community, which has its strongholds in Southern Tamil Nadu. Deputy Chief Minister O Panneerselvam also belongs to the same community.

The nearly 24-hour drive from Bengaluru to Chennai (which usually takes no longer than 6 hours) and the welcome accorded to her along multiple stops on the way, had created the impression of her impending re-entry into the political arena.

Voices from the opposition DMK’s first family were also among those who predicted trouble for the AIADMK, after Sasikala’s release from the Parappana Agrahara prison. While DMK President MK Stalin had hinted about the things falling into place after someone from Bengaluru arrives, his son Udhayanidhi blatantly said that Sasikala would create trouble for the ruling duo EPS and OPS.

Though AIADMK leaders were initially hesitant to comment on Sasikala’s arrival and the scenario that would follow, later Chief Minister Edappadi K Palaniswami made it clear that there was absolutely no possibility of her re-induction into the party or a possibility of an alliance. The cadre who put up posters hailing Sasikala and welcoming her were also instantly booted out from the party, in a stern message.

In the first week of February, on her way to Chennai, Sasikala had announced to her supporters, about the willingness to re-unite with the AIADMK and defeat the party’s common enemy. She added that she would dedicate the rest of her life to the AIADMK’s progress. In the same vein, she added a veiled threat which said, while she was a slave before the party’s ideology, people’s love and cadres’ affection, she would not fear oppression.

Since reaching her residence in Chennai, there were no major announcements or public appearances by Sasikala, until February 24th when she garlanded late J Jayalalithaa’s photo at her residence, on the occasion of the four-time chief minister’s birth anniversary. Speaking at that event, she told supporters of her plan to meet the public and her followers in due course.

Over the last few days, amid speculation of the BJP making attempts to get AMMK to join hands with the AIADMK, TTV Dinakaran said that they were open to leading an alliance of like-minded parties. It was on the same evening that Sasikala made this surprise announcement to stay away from politics, despite Dinakaran having requested against it.

“Amma's (Jayalalithaa's) loyalists must ensure that evil force DMK doesn't come to power. MGR-Jayalalithaa’s golden rule must continue in Tamil Nadu, cadre should work together as children of the same mother. I've never aspired for power, post or authority. Staying away from politics, I'll always pray to the almighty and Amma for my sister Amma's golden rule to continue” read her statement.

However, Dinakaran has said that he would speak to party functionaries to take stock of the situation and contest the polls. “Her opinion is her’s, I won’t influence. She only wanted Amma’s children to be together, I tried to convince her for 30 mins… but she didn't agree” he told media. Adding that, the AMMK had received over 1300 nominations from prospective candidates and that the candidates list would be announced on March 10th, followed by the alliance announcement.

BJP’s State President Dr. L. Murugan issued a statement welcoming Sasikala’s decision. Hinting at the DMK he said, “this is a big setback to those who wanted to foment trouble and capture power in Tamil Nadu by any means”.

Experts flag concerns for India as Biden announces the US, NATO troop pullout from Afghanistan