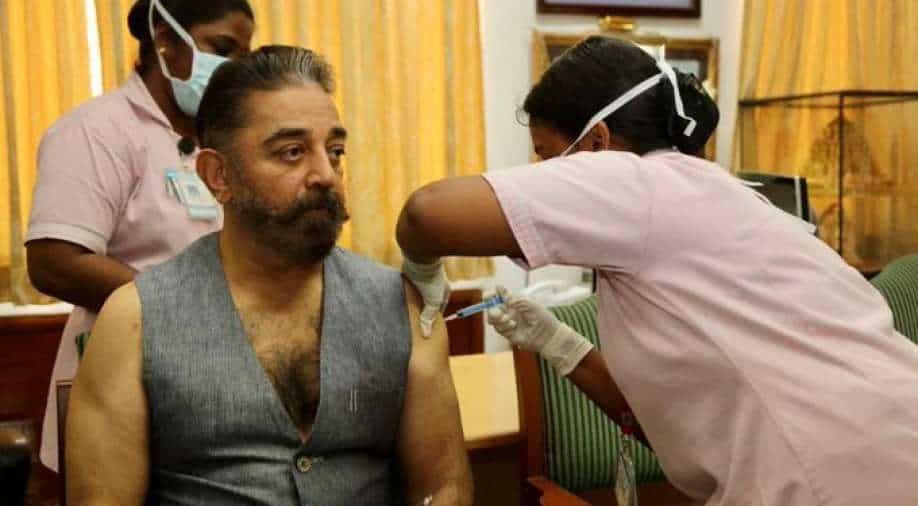 Kamal Haasan is perhaps the first Indian actor to have gotten vaccinated.

Actor-filmmaker and president of newly formed political party Makkal Needhi Maiam President Kamal Haasan received the first does of the Covid19 vaccine in Chennai on Tuesday in the second phase of India's vaccine drive.

The Indian government has expanded the vaccine drive to include people above 60 years of age and those above 45 with comorbidities.

Haasan, 66, is reportedly going to be contesting for the upcoming Tamil Nadu assembly elections from a Chennai seat. He is likely to begin the campaign on Wednesday. A day earlier, he was clicked getting the first jab of the Covid vaccine.

Haasan is perhaps the first Indian actor to have gotten vaccinated. So far prominent politicians and Union Ministers have received the first dose of the vaccine in the second phase which kickstarted with PM Narendra Modi receiving the first jab.

In addition to this, the Indian cricket team's head coach Ravi Shastri also received the first dose of the Covid-19 vaccine at a city hospital in Ahmedabad.