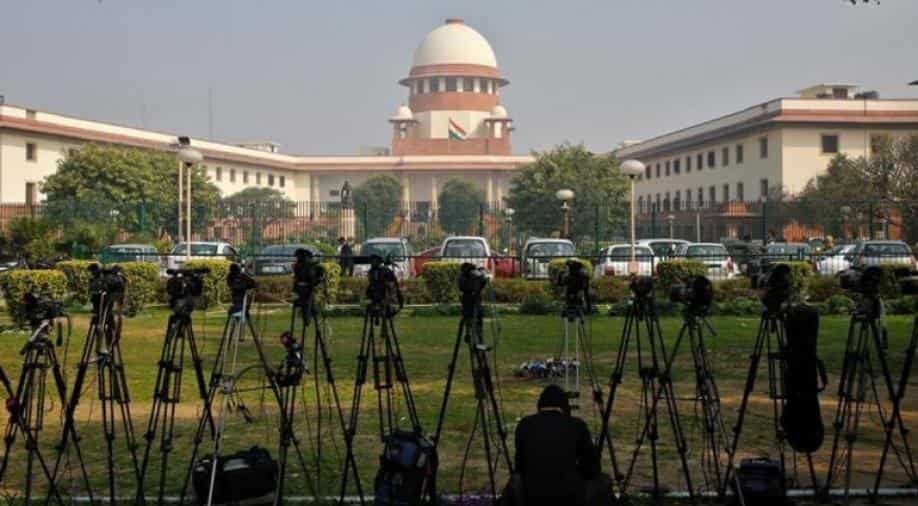 File photo: The Supreme Court of India. Photograph:(Reuters)
Follow Us

The matter was mentioned for urgent hearing before a bench comprising Chief Justice Ranjan Gogoi and SK Kaul which agreed to hear it on January 7.

The Supreme Court on Thursday agreed to hear a plea filed by Bengal BJP against a Calcutta High Court order not allowing its Rath Yatra in the state.

The matter was mentioned for urgent hearing before a bench comprising Chief Justice Ranjan Gogoi and SK Kaul which agreed to hear it on January 7.

The party had approached the apex court seeking permission to hold the campaign 'Save Democracy Rally', which would cover 42 parliamentary constituencies in the state ahead of the 2019 general elections.

It had challenged the December 21 order of a division bench of the high court which had set aside the order of a single judge allowing the yatra.

BJP has identified Bengal as a priority state and party chief Amit Shah has set a target of 22 seats from here in the upcoming elections.

Over the last few years, the party has emerged as the main opposition in the state with a significant show in rural polls and by-elections.

The PM's first rally is expected to be held at the Brigade Parade ground in the heart of city. Chief Minister Mamata Banerjee will also hold a rally at the same venue on January 19 and has invited leaders of all opposition parties in the country.