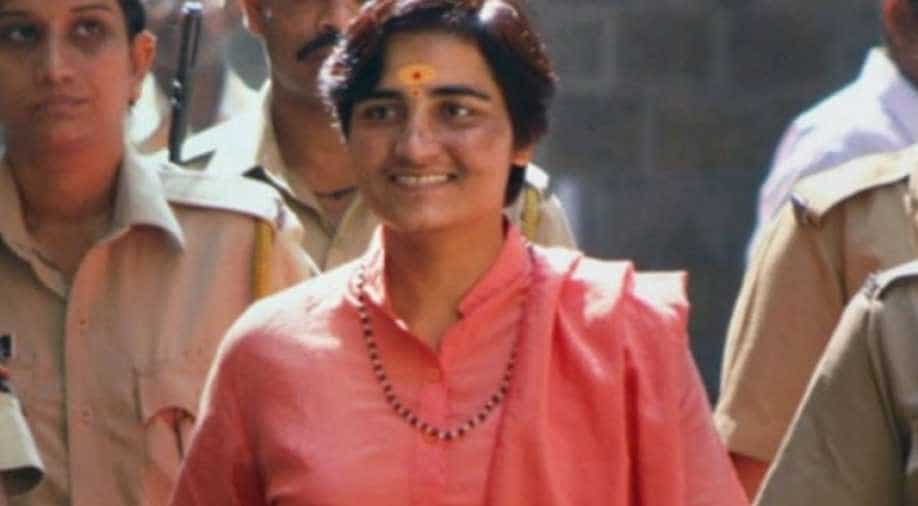 Pragya, who is known for making controversial remarks, apologised for the second time in Lower House after the opposition members expressed dissatisfaction with her statement made earlier in the day.

BJP MP from Bhopal, Pragya Singh Thakur on Friday reiterated in Lok Sabha that she had not called Mahatma Gandhi's assassin Nathuram Godse a "deshbhakt" and expressed apology if someone had been hurt by her remarks.

Pragya, who is known for making controversial remarks, apologised for the second time in Lower House after the opposition members expressed dissatisfaction with her statement made earlier in the day.

"On November 27 during the discussion on SPG bill, I did not call Nathuram Godse 'deshbhakt', did not take his name. Even then if someone has been hurt, I express regret and seek an apology," she said earlier in the day.

However, Thakur had to be checked by Speaker amid interruptions by opposition members after she started speaking.

"I have tolerated many atrocities given by enemies..." she said in the beginning.

The second apology from Thakur came after the meeting of leaders in the House. In her apology in the House earlier, Pragya also raked up of being called terrorist by Congress leader Rahul Gandhi.

Gandhi had on November 27 tweeted, "Terrorist Pragya calls terrorist Godse, a patriot. A sad day, in the history of India`s Parliament."

"I respect the service done by Mahatma Gandhi for the country. I want to tell the House that a member has publicly called me a terrorist. Despite the conspiracies of the then government against me, no charge has been proved against me. Without charge having been proved, calling me a terrorist is against the law. Calling me terrorist without charges having been proved in an attempt to insult me as a woman, as a "sanyasi", as an MP, is an attack on my dignity," she said.

She alleged the then government had hatched conspiracy to torture her mentally.

The remarks had led to a ruckus in the House with opposition members strongly protesting her remarks. Thakur had made the remarks, which were now expunged when DMK member was speaking on SPG amendment bill in Lok Sabha on Wednesday.