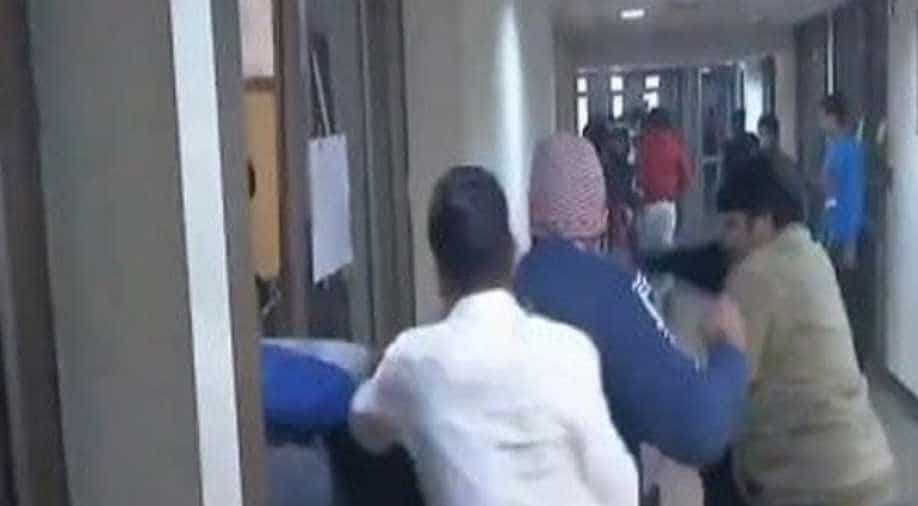 The scuffle broke out at Delhi's KD Jadhav Stadium on Friday Photograph:( ANI )

The Delhi Police today registered a complaint against wrestler Sushil Kumar and his supporters in connection with the alleged beating of wrestler Parveen Rana in the national capital on Friday.

The scuffle broke out between the alleged supporters of the double Olympic medallist and Parveen Rana at the KD Jadhav Stadium.

The incident took place after Sushil Kumar qualified for the 2018 Commonwealth Games by defeating Jitender Kumar in the 74 kg weight category on Friday.

A group of over 40 people entered the warm-up hall and ransacked the property.

The supporters of both the wrestlers attacked each other mercilessly.

The reason behind the scuffle is yet to be ascertained.

Sushil Kumar had condemned the incident and called it "unfortunate".

"It is very unfortunate and I condemn it. It is wrong, there is no space for such things in sports," he said.