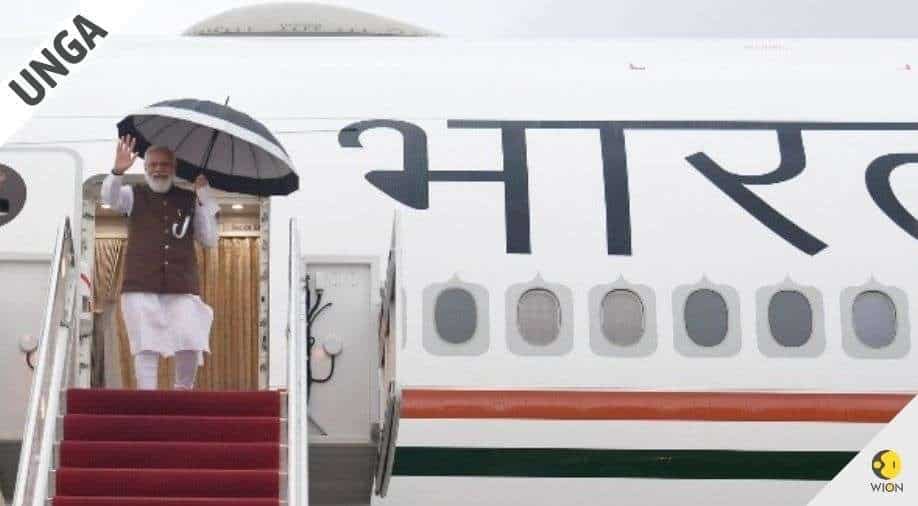 Day 1 of PM Narendra Modi's US visit will feature important engagements. He will be meeting Australian Prime Minister Scott Morrison. Australis and India are part of Quad grouping. PM Modi will also be meeting CEOs of global firms

Indian Prime Minister Narendra Modi reached USA on September 23 (as per Indian time). The PM will be engaged in a number of high-profile meetings. Over the entirety of his US visit, PM Modi will address 76th session of United Nations General Assembly, meet US President Joe Biden and Vice-President Kamala Harris, attend Quad summit and more. These high-profile meets are happening this year just over a month after Taliban's capture of power in Afghanistan. This and many other issues are likely to feature in talks.

PM Modi has addressed Global Covid-19 Summit. During his address he made a case for mutual recognition of vaccine certificates. This has come amid India's row with Britain on the same issue.

PM Narendra Modi will meet CEOs of prominent global companies. Two of them are of Indian heritage.

The CEOs PM Modi will meet include Shantanu Narayen from Adobe Vivek Lall from General Atomics, Cristiano E Amon from Qualcomm, Mark Widmar from First Solar, and Stephen A Schwarzman from Blackstone.

In Pics | UNGA: PM Modi arrives in US, busy days ahead

The Prime Minister's meeting with American CEOs from five different key areas is reflective of the priorities of his government.

While Narayen reflects the IT and digital priority that the Indian government is pushing for, Modi's meeting with Lall is significant as General Atomics is not only the pioneer in military drone technologies but also the world's top manufacturer of state-of-the-art military drones, which the US shares only with its key allies and partners.

Jakarta-born Vivek Lall, now based out of California, for over a decade has been instrumental in major bilateral defence deals worth around $18 billion, as India and the US take steps to forge a new relationship in which defence trade is a key pillar.

Stephen A Schwarzman is Chairman, CEO and Co-Founder of Blackstone, one of the world's leading investment firms investing capital on behalf of pension funds, large institutions and individuals.

The meeting with Qualcomm's Cristiano Amon assumes significance, given India's push for the 5G technology to be safe and secure.

PM Modi will hold a separate meeting with Australian PM Scott Morrison. Both India and Australia are part of Quad grouping that includes USA, Japan additionally.

Australia recently struck a submarine deal with US and UK

PM Modi is scheduled to meet US President Joe Biden on September 24. The day will also be important because of the Quad summit. This will be first in-person summit of the grouping.