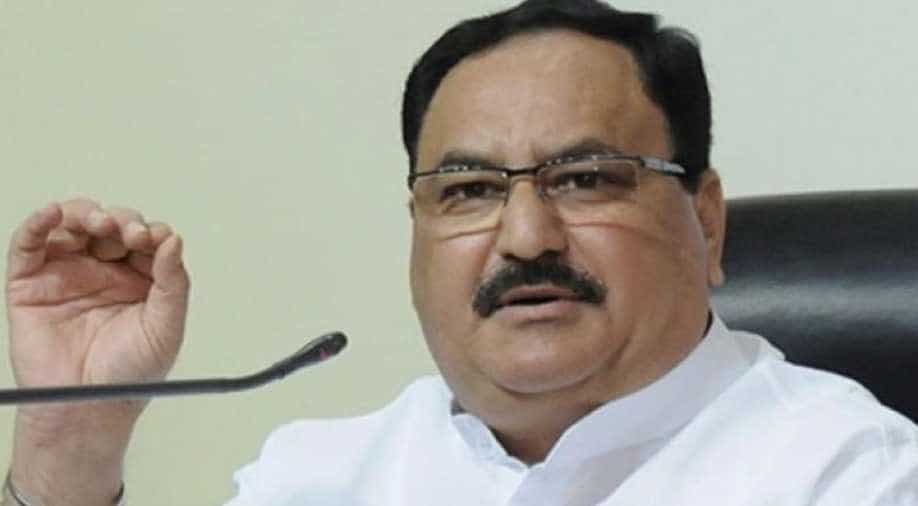 The BJP working president was addressing a public rally to commemorate the party`s second year in power in the state, where Union Home Minister Amit Shah and Chief Minister Jai Ram Thakur were also present.

BJP working president JP Nadda on Friday said that the Congress government had scrapped the special category status of Himachal Pradesh adding that the Modi-led government restored the same.

Special category is a classification given by the Central government in a bid to grant special assistance in the development of states that face geographical and socio-economic disadvantages.

"When the Congress party was in power in the Centre, Himachal Pradesh was removed from the list of special category states. However, when Modi Ji's government came to power in the year 2014, the government pro-actively restored it without any demands," Nadda said.

The BJP working president was addressing a public rally to commemorate the party's second year in power in the state, where Union Home Minister Amit Shah and Chief Minister Jai Ram Thakur were also present.

"Atal Bihari Vajpayee gave a special economic package to Himachal, which led to a lot of development in the state. But when the Congress government came to power, they withdrew the package granted for a period of 10 years within seven years," Nadda said.

Nadda also said that everyone wanted the Citizenship Amendment Act but could not do so.

"Prime Minister Narendra Modi showed the will to bring the Citizenship Amendment Act, 2019, and together with the efforts of Union Home Minister Amit Shah, the Bill was enacted," Nadda said.