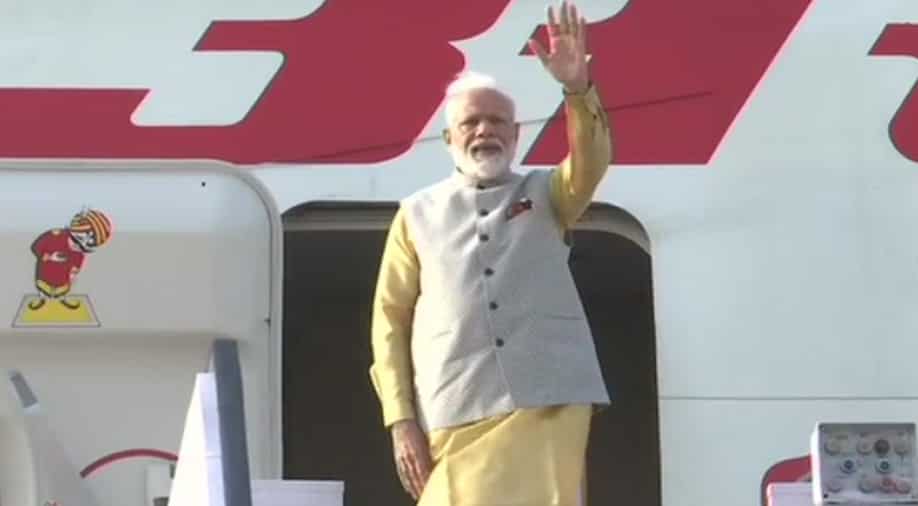 If PM Modi had flown over Pakistan it would have taken three-and-a-half hours to reach Bishkek and now it will take about seven hours for the journey.

The Indian prime minister's aircraft will be avoiding the Pakistan airspace. The plane will fly over Oman, Iran and several central Asian countries to reach the Kyrgyz capital.

The was announcement made on Wednesday even as Pakistan said it will "specially" open its airspace for the flight of Prime Minister Modi to Bishkek to attend the SCO summit.

If PM Modi had flown over Pakistan it would have taken three-and-a-half hours to reach Bishkek and now it will take about seven hours for the journey, officials said.

India has not been engaging with Pakistan since an attack on the Air Force base at Pathankot in January of 2016 by a Pakistan-based terror group, maintaining that talks and terror cannot go together.

Pakistan PM Imran Khan will also be attending the summit, however, PM Modi and Pak PM Imran Khan are not slated to meet at Bishkek.

Last month, Pakistan had given special permission to the then external affairs minister Sushma Swaraj to fly through Pakistani airspace while travelling to Bishkek to attend a meeting of SCO Foreign Ministers.

Since then, it has only opened two routes, both of them pass through southern Pakistan, of the total 11.

On its part, the IAF announced on May 31 that all temporary restrictions imposed on Indian airspace post the Balakot airstrike have been removed.