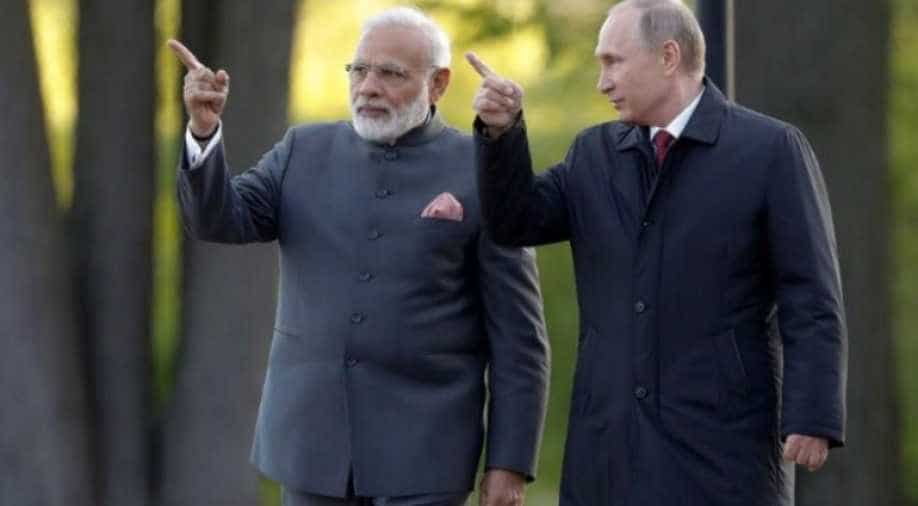 The Prime Minister said that Indo-Russian partnership has extended beyond the framework of military and technical cooperation, as manifested in the help extended by Moscow to train Indian astronauts for the Gaganyaan project.

Prime Minister Narendra Modi on Tuesday said that India and Russia need to take advantage of the low production cost in India to produce military equipment under joint venture framework at cheaper rates for the third-world nations.

"Today, provided that technologies are transferred, the production of military equipment can be cheap in India. And we will be able to supply these weapons to third countries at very low prices. India and Russia need to take advantage of this opportunity," Modi said in an interview to TASS.

The Prime Minister said that Indo-Russian partnership has extended beyond the framework of military and technical cooperation, as manifested in the help extended by Moscow to train Indian astronauts for the Gaganyaan project.

"Information technologies are developing well in India and we are making success in the space sphere. Now, as we are cultivating the Gaganyaan project ("Sky Vehicle" - India's first manned spacecraft), Russia will help us train our astronauts. This cooperation is not limited to just military and technical and related fields. It goes beyond this framework," the Indian premier said.

Modi expressed hope that his meeting with Russian President Vladimir Putin on the sidelines of the Eastern Economic Forum will give a new impetus to bilateral ties between the two countries.

"I am confident that this visit will give a new vector, new energy and a new impetus to the relations between our countries," he said.

In his departure statement ahead of his visit to Russia, Modi had said that strong bilateral partnership is complemented by a desire to promote a multi-polar world and the two countries cooperate extensively in the strategic fields of defence, civil nuclear energy and peaceful uses of space.