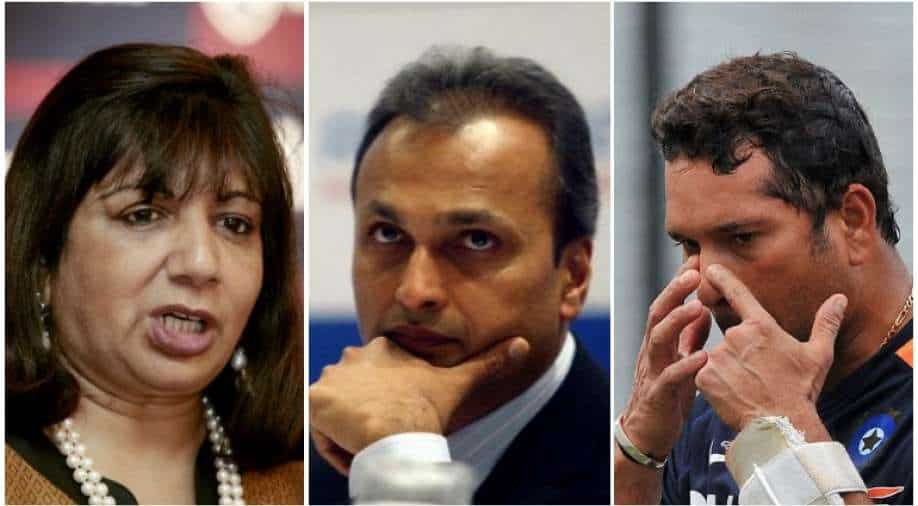 From Cricket legend Sachin Tendulkar to actor Jackie Shroff and even entrepreneurs like Anil Ambani and Kiran Mazumdar Shaw, Pandora papers have reportedly mentioned more than 300 Indians. Check out the story to see the list of names made public so far

Pandora papers have hit headlines everywhere in the world and have sent shockwaves through the global elite as their investments worth millions, most of them suspicious and made with tax avoidance in mind, have been leaked. The list includes politicians, sports stars, royal personalities and more. As per Indian Express, more than 300 Indians find their names mentioned in the Pandora papers.

The cricket legend has found his name embroiled in the leak. Sachin and members of his family were reportedly beneficiaries of an offshore entity set up in British Virgin Islands. The assets were liquidated in 2016 after Panama papers leak. The assets are reportedly worth USD 8.6 million.

Sachin Tendulkar Foundation's CEO has been quoted in media reports as saying that all investments were lawful and legitimate.

Interestingly, Anil Ambani declared bankruptcy in a court in UK and claimed that his net worth was zero. The claim was made in February 2020 during his dispute with three Chinese banks. The court had voiced its skepticism over this

The biotech entrepreneur has been mentioned in connection with her husband John McCallum Marshall Shaw who has come on radar. He is a British citizen and a key person associated with a trust he set up was barred by the Securities and Exchanges Board of India (Sebi) for insider trading in July 2021.

Kunal Ashok Kashyap, the person in question, was the ‘Protector’ of The Deanstone Trust, set up in New Zealand in July 2015 by Mauritius-based Glentec International, the ‘Settlor’. Regulatory authorities were not aware of this.

Purvi Modi, sister of fugitive jeweller Nirav Modi, reportedly set up a firm in British Virgin Islands. The trust was set up to act as a corporate protector of another trust formed through the Trident Trust Company, Singapore.

Nirav Modi fled India in January 2018. He is wanted in the Punjab National Bank scam case.

Pandora papers reportedly mention Bollywood actor Jackie Shroff as being the prime beneficiary of a trust set up in New Zealand by his mother-in-law. The trust has a Swiss bank account. It also owned offshore company registered in British Virgin Islands.

Captain Satish Sharma, a Congress leader who was close to the Gandhi family has his name mentioned in Pandora papers as well. Sharma had offshore entities and properties. He, along with some members of his family were beneficiary of a trust named Jan Zegers Trust.

Sharma passed away in February this year.

Watch this space for more.