Shakira to Sachin Tendulkar: Famous names emerge in the investigation of Pandora Papers 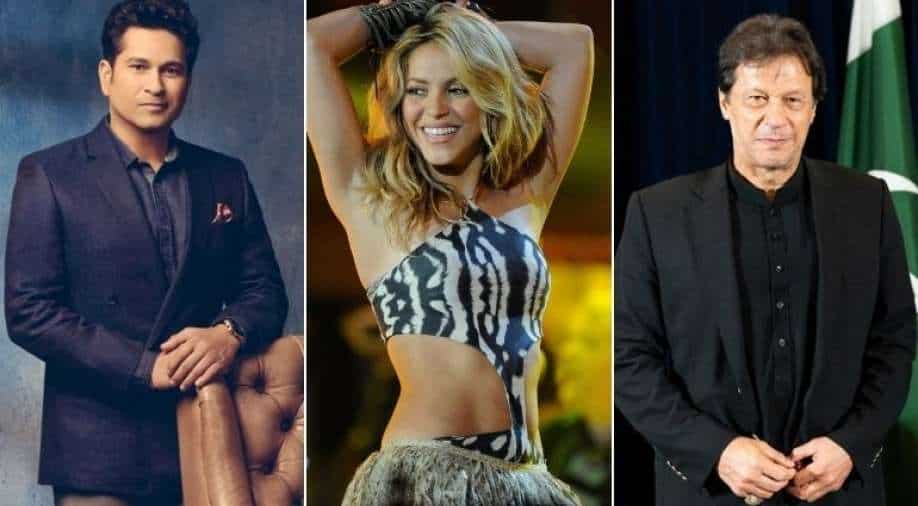 Sachin Tendulkar, an Indian cricket legend, and Shakira, a Colombian artist are just two of the celebrities linked to offshore holdings.

The Pandora papers obtained by the International Consortium of Investigative Journalists (ICIJ) show that over 130 billionaires and celebrities from Russia, the United States, India, Pakistan, the United Kingdom, and Mexico used shell companies and incognito bank accounts to buy secret assets and conduct secret financial transactions.

Here's what you need to know about the famous names mentioned in the Pandora papers:

According to the Indian Express, cricket star Sachin Tendulkar was among those who requested the dissolution of his offshore firm following the Panama leak.

Tendulkar's attorney, according to DW News, claimed the cricketer's investment is lawful and has been reported to tax authorities.

Shakira, a Colombian artist, is another name tied to offshore assets. Shakira's lawyer claimed that her offshore accounts had been disclosed and that they provided no tax benefits.

The King of Jordan, the Presidents of Ukraine, Kenya, and Ecuador, the Prime Minister of the Czech Republic, and former British Prime Minister Tony Blair are all named in the Pandora Papers.

According to the report, over 300 Indians have been exposed as a result of the leaked papers, including individuals suspected of economic crimes, former members of Parliament, and those under investigation by law enforcement authorities.

Despite declaring bankruptcy in a UK court, billionaire Anil Ambani owns 18 asset holding offshore entities, according to the Indian Express, which was part of the consortium.

The papers indicate that Jordan's King Abdullah II covertly acquired $100 million in property in the US and UK, including luxurious beach view houses in Malibu, according to the Guardian.

Several members of Pakistan Prime Minister Imran Khan's close circle, including cabinet ministers and their families, are said to have covertly owned firms and trusts worth millions of dollars, according to the Dawn newspaper. Finance Minister Shaukat Tarin, his family, and Waqar Masood Khan, the son of Prime Minister Imran's previous finance and revenue adviser, are among them.

The files also indicate that when former UK Prime Minister Tony Blair and his wife acquired a London office, they saved £312,000 in stamp duty.

While the transaction was not unlawful and did not directly connect the Blairs, the agreement did expose a gap that allowed rich property owners to avoid paying taxes, according to the Guardian.

Russian President Vladimir Putin is reportedly linked to undisclosed assets in Monaco, according to the leak.

While Putin is not mentioned directly in the documents, several of his close friends are, including a childhood buddy and a former sweetheart.