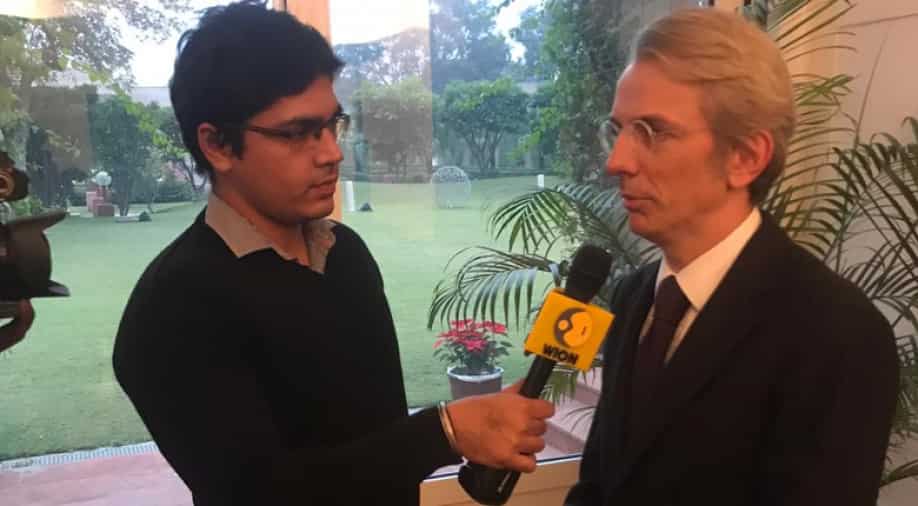 French envoy Emmanuel Lenain said that his country and India have been a victim of terrorism and financing is a key aspect in the fight against terrorism.

French envoy Emmanuel Lenain has lauded India-French ties and has said both countries are in all-weather partnership. Speaking to our diplomatic correspondent Sidhant Sibal, Lenain said more pressure should be put on Pakistan so that it full fills its commitments.

WION: How do see the India-French ties?

Emmanuel Lenain: Relations are excellent. For years, we have a great level of trust, we have an all-weather partnership in good and bad times. This partnership has been embodied at the personal level between PM Modi and French President Marcon. You have seen great alchemy during PM Modi's France visit. We are going to take it further by reaching out to new sectors which are key to the development of our two countries like cyber, artificial intelligence and want to project in wider regional dimensions. The idea of Indo-Pacific that goes from maritime security to connectivity.

WION: Are you hopeful that Pakistan will fulfil its FATF commitments?

Emmanuel Lenain: My country and India have been a victim of terrorism. Financing is a key aspect in the fight against terrorism that is why France with like-minded countries decided to launch an initiative called "no money for terror".

India will host the next summit. Regarding FATF, my country and all countries decided in November that pressure should be exerted and Pakistan should meet its obligations and we have to review it in February and we shall see then.

WION: You have issued advisory regarding protest in the aftermath of passage of citizenship amendment bill. Some countries have made remarks, your take...

Emmanuel Lenain: I don't think it is apt for France to have a say in the domestic matter in India. India is a democracy and it has a rule of law. As I understand, when there are conflicting views on law, and when people challenge certain aspects and it is against the constitution, you can challenge it in front of the Supreme Court. It's not for any country to criticise. Obviously, we attach great importance to freedom of religious belief, however, it is a domestic issue.

WION: Are you hopefull EU-India FTA talks will resume next year?

Emmanuel Lenain: I hope our discussions can resume and we need to aim at an ambitious agreement otherwise there is no use to re-launch negotiations. Ambitious I mean, sectors should be covered. Ambitious regarding climate and environment.