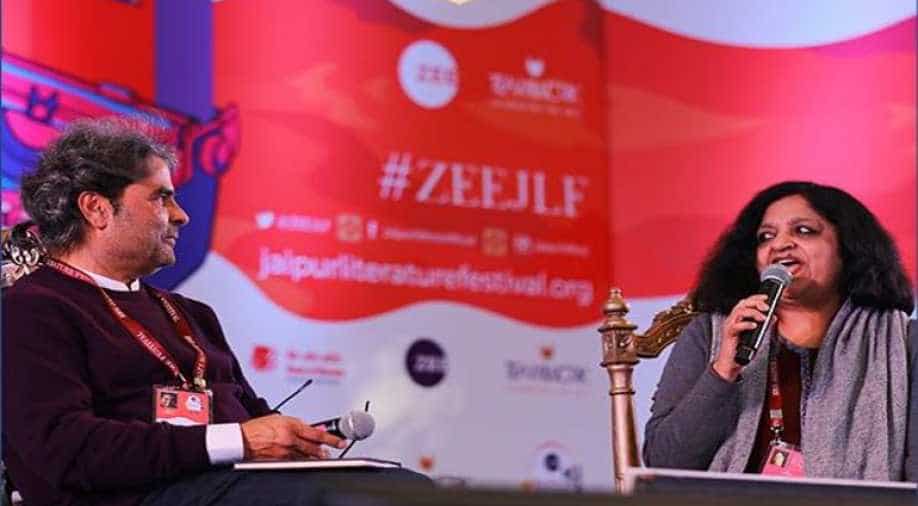 In Rajasthan, distributors have refused to screen the film - which stars Deepika Padukone, Shahid Kapoor and Ranvir Singh - citing protests across the state. Photograph:( Twitter )

The protests over Sanjay Leela Bhansali’s ‘Padmaavat’ make his fellow film-maker Vishal Bhardwaj ‘sad and scared’. Speaking to the press on the sidelines of the Zee Jaipur Literature Festival, Bhardwaj refused to comment on the film itself as he hasn’t seen it yet but on the protests almost urged the governments to act more decisively.

“It is a sad thing that Indian films are getting targeted. The scary part is that the protesters are getting away by taking law and order into their own hands. I hope the state becomes more powerful and acts against these people who are breaking the law even after the Supreme Court’s intervention,” he said.

In allowing the film to be released in Rajasthan, Madhya Pradesh, Gujarat and Haryana - four states where the governments had been in favour of banning the film - the Chief Justice of India Deepak Mishra had said maintaining law and order was the state’s responsibility, and a film’s release could not be stopped citing risk to public order.

Bhardwaj said the Supreme Court and the Central Board for Film Certification (CBFC) had cleared the film for release and there was no reason to give into violent protests. “Even if a billion people are there out on the streets, when the government, the Supreme Court says it (Padmaavat) isn’t objectionable, we should not give into protests… No one has the right to violent protests. School buses with children are being stoned, what kind of protests are these in the land of Gandhi?”

In Rajasthan distributors have refused to screen the film - which stars Deepika Padukone, Shahid Kapoor and Ranvir Singh - citing protests across the state. Protestors shut down the Delhi-Jaipur highway on Thursday and the Chittor Fort, which provides the historical backdrop for the film , had to be shut down as members of the Karni Sena tried to enter.

There were other violent protests in many areas in Gujarat and Madhya Pradesh - ostensibly by the Rajput Karni Sena. They believe that the film shows the Rajput queen Padmavati in poor light and distorts history.

The Multiplex Association of India has said its members would not screen the film in Rajasthan, Gujarat, Madhya Pradesh and Goa. The association is said to control over 75 percent of the multiplex screens in the country.