'Over reaction... nothing to worry,' said Manohar Parrikar on defence ministry's dissent note on Rafale deal 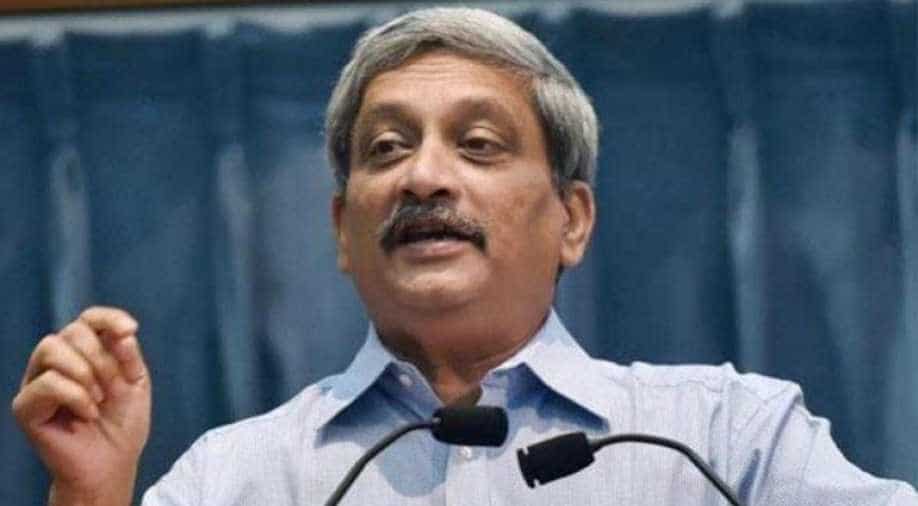 In a copy of the Ministry of Defence' dissent note on Rafale negotiations Parrikar noted, 'remain calm, nothing to worry, everything is going alright'. Sitharaman asked why did the publication omit Parrikar's comments.

Defence Minister Nirmala Sitharaman on Friday described a media report on Rafale deal as "slanderous". The report published by a leading Indian daily stated that the defence ministry objected to the "parallel negotiations" by the Prime Minister's Office into the deal.

Sitharaman brought to notice the comments made by the then defence minister Manohar Parrikar on the MoD dissent note. She alleged that the publication "conveniently" decided not to report Parrikar's comments.

In a copy of the Ministry of Defence' dissent note on Rafale negotiations accessed by news agency ANI, Parrikar noted, "It appears PMO and French President office are monitoring the progress of the issue which was an outcome of the summit meeting. Para 5 appears to be an over-reaction".

In a written remark on the note Parrikar further added, "remain calm, nothing to worry, everything is going alright".

Ex-defence secretary G Mohan Kumar, who at the time handled negotiations on Rafale, told ANI that whatever has been brought out by media reports had nothing to do with the pricing issue.

“It was incumbent on the newspaper, the Hindu to put the reply of then Raksha Mantri Shri Parrikar on record too in its story but they omitted it.”

"It was about sovereign guarantees and general terms and conditions," G Mohan Kumar said.

Meanwhile, Air Marshal SBP Sinha, who headed Rafale negotiations from the Indian side, expressed dissatisfaction over the media report and claimed that "the remarks of the Defence Minister are not there".

"It was very surprising for me to know that in the article printed today a note within MoD has been used to malign this procurement by concealing facts, the remarks of the Defence Minister are not there," Sinha told news agency ANI.

Gandhi cited a newspaper report that alleged that the Prime Minister's Office held parallel negotiations with France, which the defence ministry had objected to.

The Congress-led Opposition had disrupted the lower house of Parliament after a report claimed the then defence secretary had objected to the PMO allegedly conducting price negotiations with the French company.

Sitharaman said the Opposition was playing into the hands of multinational companies and vested interests and not working in the interests of the Indian Air Force.

India's upper house of Parliament the Rajya Sabha was also disrupted after Congress sought to raise the Rafale issue.