Opinion: How bad is the situation in India's Supreme Court 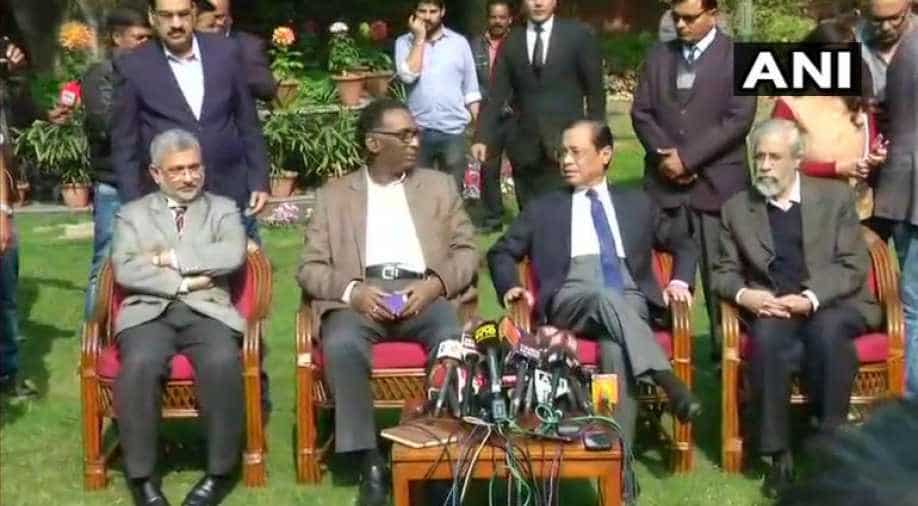 The Constitution helps, judicial decisions also help but, basically and truly, it is the vigorous public opinion that safeguards democracy and enables the country to adhere to the democratic way of life. If the public conscience is shrunken, then a stage is set for letting loose forces which may pose a danger to a democracy. This is precisely what happened today when in an unprecedented and extraordinary move, four senior-most judges of the apex court came out of the court on a working day and met the people of the country through media.

Serious questions of far-reaching consequence were raised which seriously doubted the credibility of the institution, which claims it to be the conscience keeper of people of India.

One of the issues raised by four senior-most judges was the functioning of the Collegium. It has been condemned for not being transparent and objective, the reasons for which it was evolved. It failed to institutionalise the process and the parameters of appointment, elevation and transfer of judges.

It has been about two years since the five-judge Constitution Bench, after striking down the government’s NJAC (National Judicial Appointments Commission) law, tasked the Centre (December 2015) to draft a fresh Memorandum of Procedure (MoP) with the objective of making judicial appointments transparent. But the Chief Justice of India apparently did not keep his senior colleagues in a loop while referring the matter of MoP to a different bench namely R P Luthara v. Union of India on 27th Oct. 2017.

The second contentious issue is the formation of benches and allocation of cases to it. How is it decided as to which judge will sit on which bench of the Supreme Court? The simple answer is that the public does not know.

The reason is the Supreme Court’s general attitude against the application of the Right to Information Act, to it, despite its judgments declaring how vital the public’s right to know is for a democracy. The public has a right to know how its public institutions and its public functionaries are functioning. This current chaos in the Supreme Court revolves around the disconcerting trends arising out of bench formation in the apex court.

Though the matter has been raised many times in the past, it received serious attention when ‘Campaign for Judicial Accountability’ filed a petition, seeking a special investigation team under the supervision of a former CJI to thoroughly probe the case relating to granting recognition to medical colleges since the matter might involve sitting and former judges of the Supreme Court and high courts. The plea sought recusal of the CJI, contending the medical admission cases were being heard by his bench in the apex court and that his role might also need to be examined.

However, nullifying the order passed by Justice Chelameswar, the larger bench headed by the Chief Justice held that any such order shall be "ineffective" and will not be binding since only the CJI can decide where and how a case is to be listed for hearing.

Another sensitive issue was concerning an independent probe into the death of CBI Judge Brijgopal Harkishan Loya, who presided over the Sohrabuddin Sheikh staged shooting case.  Bharatiya Janata President Amit Shah was one of the accused (but later discharged), besides other top Gujarat police officers among the accused. Chief Justice allegedly picked up a handmaid bench to hear this matter ignoring the senior-most judges of the Supreme Court.

It would now be unavoidable for the Chief Justice of India to disentangle the crisis by safeguarding genuinely contested issues of transparency, accountability and credibility of the institution otherwise the conscience of the people is bound to be dismayed.

The Legal Eagle is a constitutional expert with great expertise in the functioning of the Supreme Court.