Operation on LoC in Machil sector still on, forces had inputs 15 days back: ADG BSF 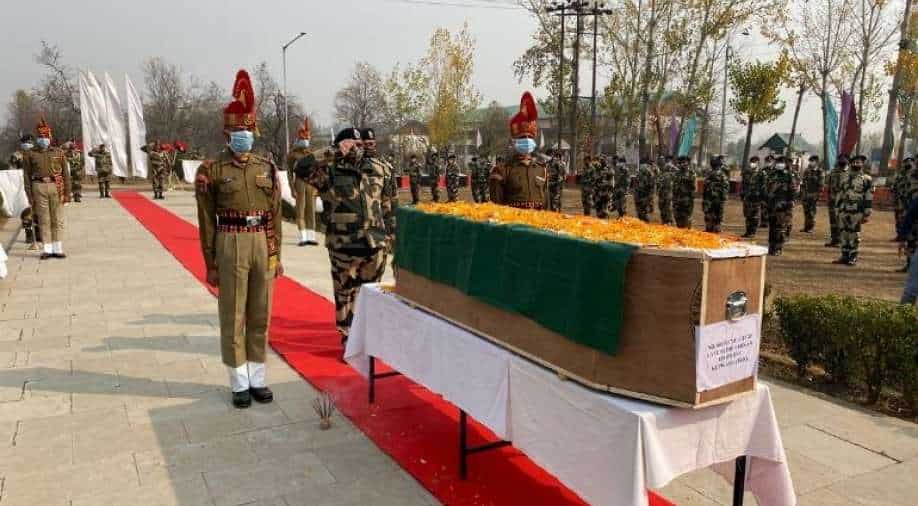 Border Security forces today paid tribute to the slain Constable in Budgam and laid a wreath while remembering the sacrifice made by him while fighting terrorists Photograph:( WION )

Security forces in the Kashmir valley have said that they had input about an infiltration bid by terrorists 15 days prior to the attempt which resulted in the killings of three terrorists and four forces personnel including a Capitan rank officer in Machil sector along the Line of Control in north Kashmir.

Border Security forces today paid tribute to the slain Constable in Budgam and laid a wreath while remembering the sacrifice made by him while fighting terrorists.

Speaking to media after the wreath-laying ceremony of the slain BSF constable who was killed during the initial exchange of fire with the terrorists, Additional Director General of BSF Surinder Pawar said "a patrolling party spotted three shadows after which an exchange of fire took place. Constable Sudhir Kumar was leading from the front and got injured while facing the terrorist."

ADG said that then army reinforcement was called in and a hunt for the other two terrorists was launched. "In the exchange of fire with the terrorists, Captain Ashutosh Kumar and two other army men were martyred."

When asked about the status of infiltration this year, he said only 25 to 30 terrorists managed to enter the valley compared to 135 to 140 last year.  "The operation is still on and we are sanitizing the area," he said adding that the troops are alert and ready to foil any more attempts.