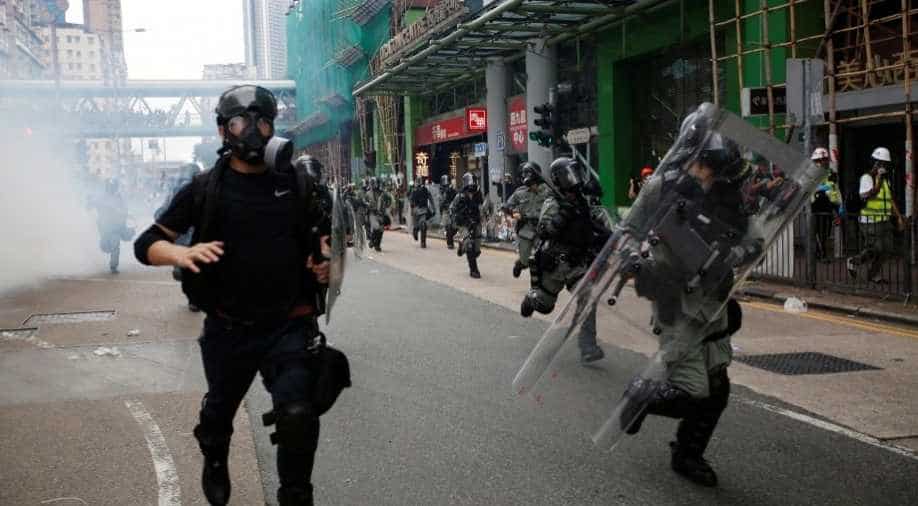 All check-ins suspended at Hong Kong airport as protests escalate

Authorities at Hong Kong airport on Tuesday suspended all departure check-ins after protesters blocked the facility for a second day, but some flights were still arriving and taking off.

Poland's ambassador to India Adam Burakowski on Tuesday said that India and Pakistan have to resolve the Kashmir issue bilaterally.

Iran said on Tuesday that Britain might free its oil tanker Grace 1 soon in a maritime saga that has exacerbated frictions between Tehran and the West.

After a man went on a stabbing attack in downtown Sydney killing one woman and wounding another, police said he was carrying a knife and a computer thumb drive containing information about deadly attacks in North America and New Zealand when he went on the frenzy as a "lone actor".

If everything stays normal, we will meet people of Jammu and Kashmir without guns, says Army Chief General Bipin Rawat

Army Chief General Bipin Rawat on Tuesday downplayed Pakistan ramping up troops along the Line of Control (LoC) in Jammu and Kashmir in the wake of abrogation of Article 370.