All check-ins suspended at Hong Kong airport as protests escalate 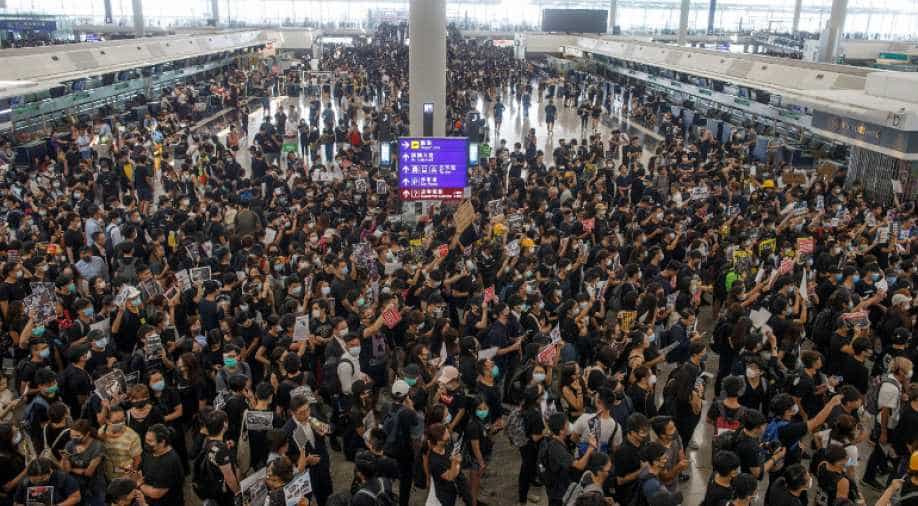 Authorities at Hong Kong airport on Tuesday suspended all departure check-ins after protesters blocked the facility for a second day, but some flights were still arriving and taking off.

"Terminal operations at Hong Kong International Airport have been seriously disrupted as a result of the public assembly," the airport authority said in a statement.

"All check-in service for departure flights has been suspended since 1630hrs (0930 GMT). Other departure and arrival flights for the rest of the day will continue to operate, and airlines will provide arrangements for passengers who have not completed the departure process."

Amid the disruptions due to protests at Hong Kong airports, Cathay Pacific halted check-ins citing "potential for new disruptions".

Cathay became embroiled in the protests after China's civil aviation regulator demanded the airline suspend personnel who were engaged in or supported "illegal protests" in Hong Kong from staffing flights into its airspace, citing safety concerns.

The airline moved fast to comply with the demand from the Civil Aviation Administration of China (CAAC), suspending a pilot arrested during anti-government protests in Hong Kong and firing two airport employees citing misconduct on Saturday.

However, it added that it will increase transfer capacity in the Greater Bay Area airports to avoid disruption to trips between the mainland and Hong Kong.

Cathay was also on Monday among airlines affected by the Hong Kong airport's decision to cancel all flights. The airline warned passengers in a travel advisory that the impact could last until Tuesday morning.