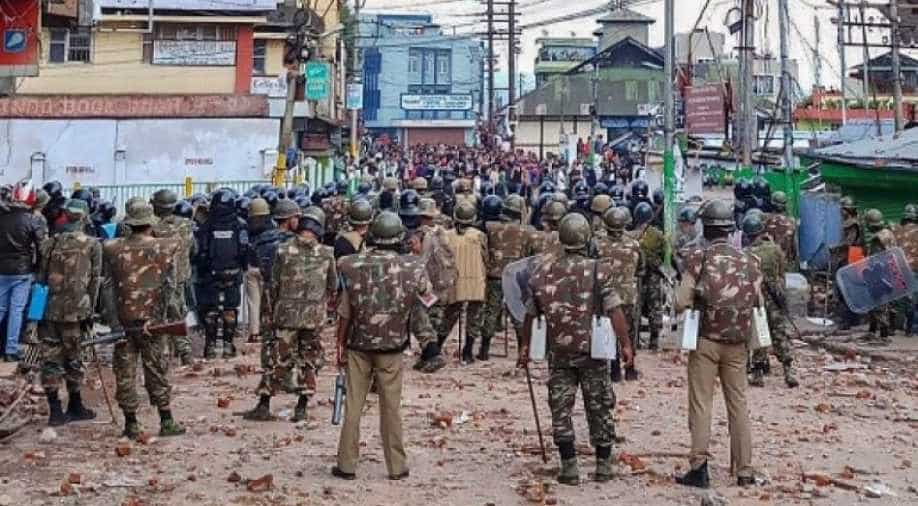 Days after clashes broke out between two communities after a bus conductor was allegedly assaulted by a group of residents, nearly 500 people have been provided shelter in the army cantonment in Shillong.

However, the overall situation has improved and it is being assumed that curfew will be lifted for today but restrictions will remain in force.

A scuffle was also witnessed between the police and the mob at Them Iew Mawlong area, a Punjabi settlement, which allegedly left three boys critically injured.

Soon, the violence spread to the other part of the city with incidents like stone pelting, burning of petrol pump and houses being damaged were reported. A curfew was also imposed in areas under Lumdiengjri police station and Cantonment Beat House in view of the breakdown of law and order in Meghalaya's state capital.

Internet and SMS services have also been indefinitely suspended to prevent people from spreading rumours.

Meanwhile, several media reports claim that the larger matter is of community clashes between Khasis and Punjabis. The Khasi society wants the residents of residents of Them Iew Mawlong locality, that has 350 homes of the Punjabi community, to evict the area as they consider them to be illegal settlers since 1980.

However, the Punjabi community, who claim to have resided in the area for 200 years now, have no intention of moving out.