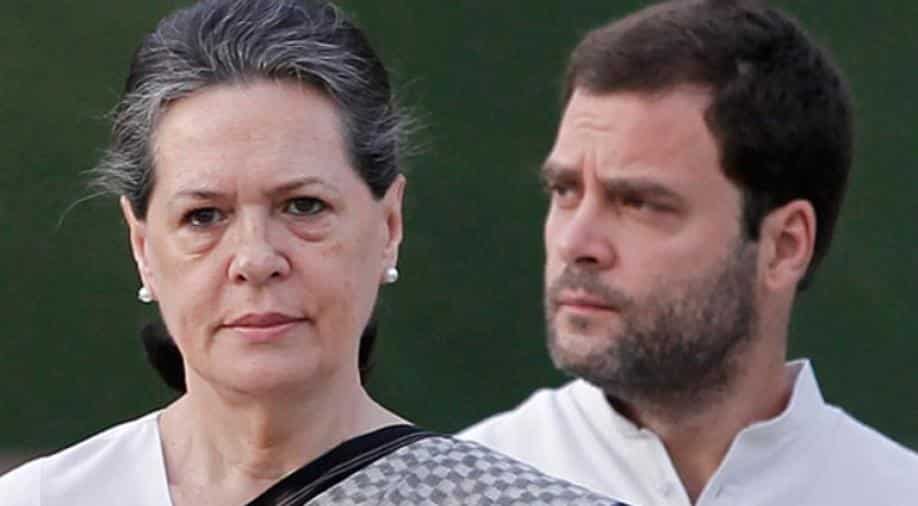 The Gandhis and senior Congress leader Oscar Fernandes have challenged the Delhi High Court's September 10 verdict that dismissed their plea against the re-opening of their tax assessments for 2011-12.

The Supreme Court on Tuesday allowed the Income Tax Department to reopen tax assessment of top Congress leaders Rahul and Sonia Gandhi for 2011-12 in connection with the National Herald case.

The apex court, however, restrained the department from implementing its order in the proceedings against Rahul, who is the Congress president, and his mother Sonia till the pendency of the matter before the court.

The court also said that it was not expressing any opinion on the merits of the pleas filed by Rahul and Sonia Gandhi in the case.

The tax matter is related to the National Herald case in which the Congress leaders are also facing criminal proceedings.

A bench headed by Justice A K Sikri posted the matter for further hearing on January 8.

Solicitor General Tushar Mehta, appearing for the I-T department, said the court should not restrain it from implementing the assessment orders against the Gandhis and others.

He said the court should hear the matter and pass appropriate orders.

However, the bench, also comprising Justices Ashok Bhushan and S Abdul Nazeer, said that due to the paucity of time, the matter cannot be heard on Tuesday and it is just an interim order which should be equitable to both the parties.

It made it clear that it is not going into the merits of the case for which it requires a detailed hearing.

The Gandhis and senior Congress leader Oscar Fernandes have challenged the Delhi High Court's September 10 verdict that dismissed their plea against the re-opening of their tax assessments for 2011-12.

The apex court on November 13 had said it would hear final arguments on December 4 on the matter which required "consideration".

It had not issued formal notice on the petitions filed by Rahul, Sonia and Fernandes as the I-T Department was represented by its counsel.

They have challenged the judgement of the high court which had given the opportunity to the department to scrutinise their records.

In the last hearing, their lawyers had said the question was whether the reasons given in the notice by the department were right or not.

Senior advocates Kapil Sibal, P Chidambaram and Arvind Datar have been appearing for the Congress leaders.

The income tax probe against the Congress leaders has arisen from the probe into a private criminal complaint filed by BJP leader Subramanian Swamy before a trial court here in connection with the National Herald case, in which the trio is out on bail.

Sonia and Rahul were granted bail in the case by the trial court on December 19, 2015.

A tax evasion petition (TEP) was also addressed to the finance minister by Swamy.

In the complaint before the trial court, Sonia, Rahul and others have been accused of conspiring to cheat and misappropriate funds by paying just Rs 50 lakh, through which Young Indian (YI) had obtained the right to recover Rs 90.25 crore Associated Journals Ltd (AJL) owed to the Congress party.

It was alleged that YI, which was incorporated in November 2010 with a capital of Rs 50 lakh, had acquired almost all the shareholding of AJL, which was running the National Herald newspaper.

The I-T department had said the shares Rahul has in YI would lead him to have an income of Rs 154 crore and not about Rs 68 lakh, as was assessed earlier.