Nakamura assassination: India mulled over his technique to divert water from Salma dam 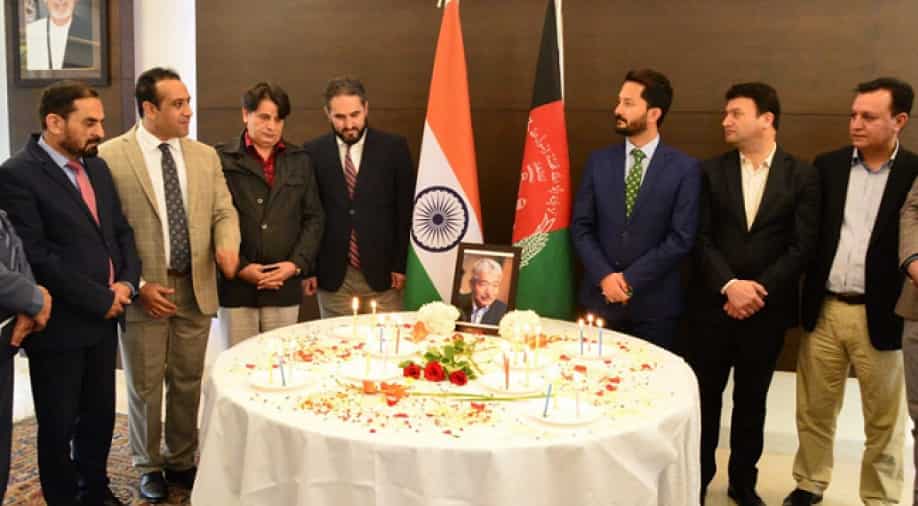 Nakamura being remembered at Afghan mission in Delhi with Chief Of mission Tahir Qadiry leading the vigil (pic courtesy by Afghan mission) Photograph:( Others )

Amar Sinha, India's former envoy to Afghanistan and member of National Security Advisory Board said, "He was a very simple, humble man who had brought traditional Japanese technique to divert water. It was completely barren land. I wanted to replicate his technique in Salma dam.”

Salma dam in western Herat Province was inaugurated by Prime Minister Narendra Modi along with Afghanistan President Ashraf Ghani in 2016.

Nakamura was a Japanese doctor, who did humanitarian work in Afghanistan and is considered national hero of the landlocked South Asian country. His killing has plunged the country into grief with candlelight vigils being held in Kabul, Nangarhar, Khost and other locations of the country.

Nakamura was bestowed with honorary citizenship of Afghanistan by Ghani. He was also a recipient of Ramon Magsaysay Award which is also referred to as Asia's Nobel Prize.

A candlelight vigil was held at the Afghan mission in Delhi in memory of Dr Tetsu Nakamura. Afghan chief of mission Tahir Qadiry in a tweet said, "This great Japanese-Afghan personality dedicated his life in the service & upliftment of Afghans through his relentless efforts. May his great soul Rest In Peace!"

Adding, "He lived & died as a proud Japanese-Afghan"

Tahir, along with other Afghan embassy officials paid a visit to Japanese Embassy in Delhi to convey condolences to Japanese envoy to India Satoshi Suzuki on the demise of Dr. Nakamura.