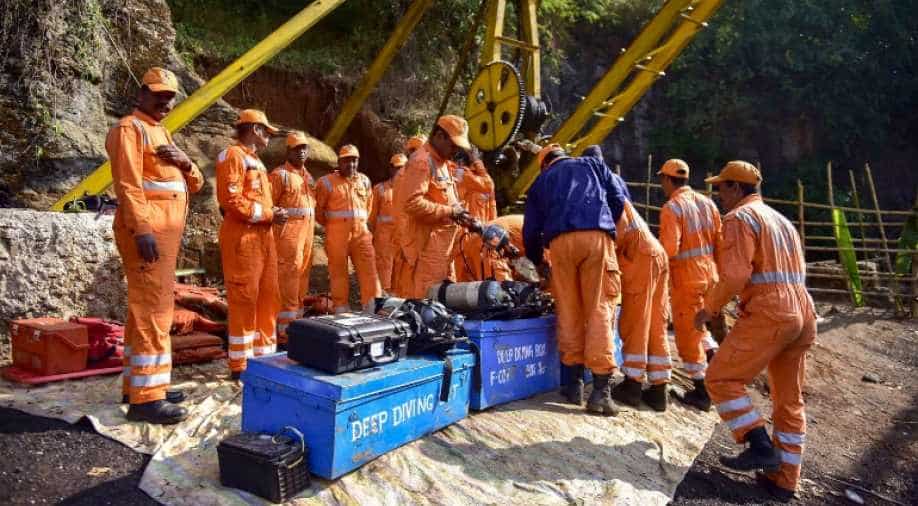 The highly decomposed body was pulled out by a combined team of the Indian Navy and National Disaster Response Force.

The highly decomposed body was pulled out by a combined team of the Indian Navy and National Disaster Response Force from 370-feet depth.

The body has now been handed over to the Meghalaya Police and is now being taken to local hospital for autopsy.

Fifteen miners were trapped after water gushed into the illegal coal mine located in Ksan village after the miners are believed to have punctured into a wall of another coal mine.

The tragedy came to light after five miners escaped from the coal pit. Since then, a multi-agency rescue operation has been underway to rescue the miners.

The coal pit disaster took place despite an interim ban on rat-hole coal mining in the state by the National Green Tribunal since April 17, 2014.

The Supreme Court, which is monitoring the rescue operations, has told the government that the trapped miners must be taken out of the mine, "dead" or "alive".