Meet Sanjana Sanghi, the girl who is making her debut opposite Sushant Singh Rajput 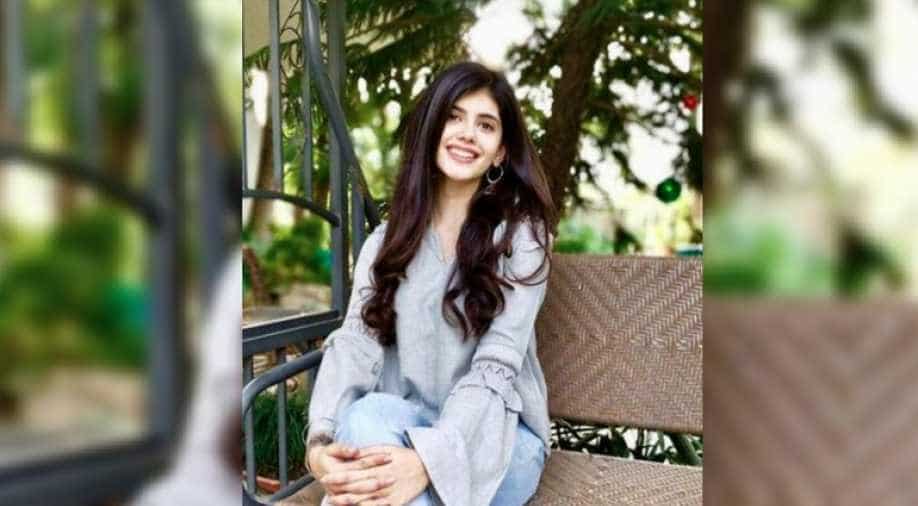 Sushant Singh Rajput, on Monday, announced that newcomer Sanjana Sanghi would be featuring opposite him in Mukesh Chhabra's directorial debut - a remake of Hollywood film The Fault In Our Stars.

Sanjana is all of 21 and graduated in Journalism from Delhi's Lady Shriram College, in 2017. The newcomer is, in fact, a known face in the advertising and modelling circuit having featured in innumerable ads.

The young actress was also part of films like Rockstar, Hindi Medium (she played the younger version of Saba Qamar's character in the film) and Fukrey Returns.

Rockstar will always remain much more than just a film, for everyone who created it and everyone who watched it. As a 14 year old studying in school, I was not remotely aware of the magic being created around me. In hindsight, it changed something within me forever. I don’t remember the grandeur, but I vividly remember some feelings, some moments, some smells - through the valleys of Kashmir, the quaintness of Dharamshala and the quirkiness of Delhi. / #6yearsofrockstar #behindthescenes @imtiazaliofficial @nargisfakhri

Sanjana will be seen playing Hazel Grace Lancaster in the Hindi remake of the John Green bestseller, a role played by Shailene Woodley in the original English film.

Casting director Mukesh Chhabra who makes his directorial debut with the film said he first met Sanjana while casting her for Rockstar. "I met Sanjana while casting for Rockstar and found her to be a dynamic girl with great energy. After a few years, she reconnected for a few ad jobs and this time she came across as a mature young lady and to my surprise, a fabulous actor. I knew instantly that I would love to make a film with her one day. Once The Fault in Our Stars script was ready, she fit right in. She’s the perfect face and I can’t wait to create magic with this talented girl," Chahabra was quoted as saying to Mumbai Mirror.