Man in wheelchair abused, called 'Pakistani' for not standing for national anthem 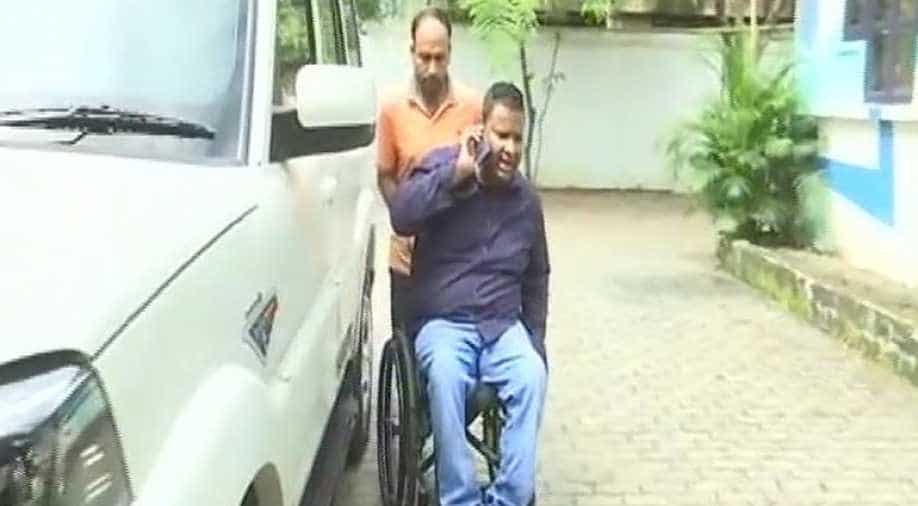 The Supreme Court of India had on November 30 last year ordered cinema halls to play the national anthem before every movie, and said that the people present should stand up for it. Photograph:( ANI )

A wheelchair-bound man has said that he was abused and called a "Pakistani" for not standing up for the national anthem.

The incident was reported from a multiplex in Guwahati, Assam.

Arman Ali, who is the director of an NGO for the differently-abled, said he was singing the national anthem while sitting when he heard someone commenting and calling him a Pakistani.

Guwahati: Wheelchair-bound Director of NGO for differently-abled says he was abused for not standing up for national anthem in a multiplex pic.twitter.com/vH46FdpVES

I was singing along while sitting. I heard someone commenting & calling me a Pakistani. 2 men sat behind me, smirking: Arman Ali pic.twitter.com/l1XlEaWUnS

I don't think SC would've thought of situation like this. I'll write to Chief Justice about this incident & plight of ppl like me: Arman Ali pic.twitter.com/lMJT0yW2G2

Ali said he didn't think the Supreme Court would have thought of a situation like this and that he would be writing to the Chief Justice of India about what had happened to him and the plight of people like him.

The Supreme Court of India had on November 30 last year ordered cinema halls to play the national anthem before every movie, and said that the people present should stand up for it. (The order was passed -- to instil patriotism and nationalism among the people of the nation -- by the current Chief Justice of India.)

On December 9, the court modified its order, saying the differently-abled were exempt from the order.