Let bygones be bygones, says SP's Akhilesh on past rivalry with BSP. Speculation grows if they will join forces for 2019 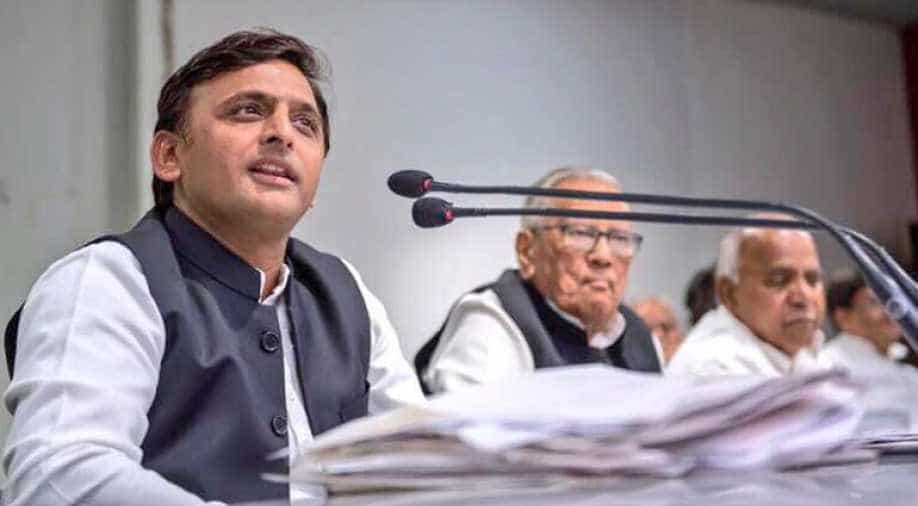 Enthused by his party's strong showing in the Gorakhpur and Phulpur bypolls, Samajwadi Party chief Akhilesh Yadav indicated today that his party was keen on burying its bitter rivalry with Mayawati-led Bahujan Samaj Party saying sometimes "past incidents have to be forgotten".

Yadav, whose party wrested both the high-profile seats from the ruling BJP with BSP's backing, claimed the victory margin of his candidates would have been larger, had paper ballots been used.

Speaking to reporters here, Yadav also said that his party's relations with Congress too continued to be good.

Yesterday, in a scene which seemed unimaginable only till the recent past, Yadav had rushed to the residence of the BSP supremo shortly after his candidates emerged victorious and thanked her.

"Samajwadis always give due respect to all and that is why today we have good relations with all. People were recalling old incidents but sometimes they have to be forgotten," Yadav told mediapersons here.

The SP and the BSP, bitter foes of UP politics, have been at daggers drawn ever since the infamous state guest house case of 1995. In June 1995, Samajwadi Party workers, who were angry with Mayawati for withdrawing support to Mulayam Singh Yadav, had targeted the BSP chief who was present at the state guest house on Meera Bai Marg here.

Following SP's win in the bypolls, there has been much speculation about UP's two biggest regional parties joining hands to take on a formidable BJP in the 2019 general elections.

On ties with the Congress, with which SP had an electoral truck in the last Assembly elections, Yadav said the good relations would continue.

"We both are young and together will have to find a way out to the problems facing the country. Rahul Gandhi has congratulated me as well as other senior leaders and I have thanked them all," Yadav said referring to the Congress chief.

To a volley of questions on the future course of action, the SP chief remarked, "No one can say anything about the future."

When his attention was drawn to the Congress campaigning against his party in the by polls, the former chief minister stressed "only those who forget old things are successful."

He said the previous SP government in Uttar Pradesh presented an example of development before the country.

Despite the victory of his candidates, Yadav raised questions about EVMs.

"Had the EVMs worked smoothly and no time was wasted, the victory margin of Samajwadis would have been much bigger. In several of them (EVM machines), votes had already been cast (even before the process of polling began). We have complained about it and Election Commission should take note of it," he alleged.

The ballot system is the best way of voting as it helps people vent their anger, he said.

"The entire anger of the voters could not come out through the EVMs, had the ballot been used the impact of the anger would have been clear," he stressed.