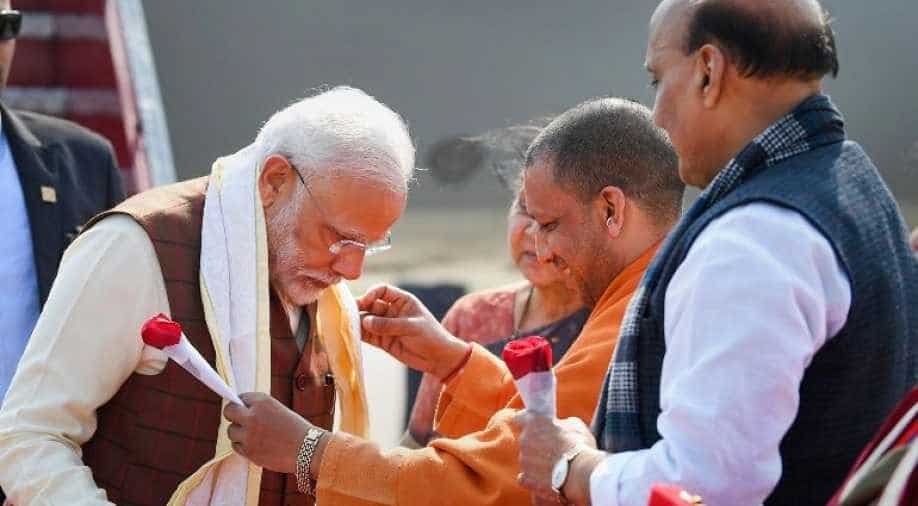 Prime Minister Narendra Modi being welcomed by Uttar Pradesh Chief Minister Yogi Adityanath and Union Minister for Defence Rajnath Singh, on his arrival in Lucknow to inaugurate the 11th edition of the DefExpo 2020. Photograph:( PTI )

Prime Minister Narendra Modi on Wednesday arrived in Lucknow where he will preside over the inaugural ceremony of Defence Expo 2020.

Service chiefs of 38 countries have confirmed their participation for the 11th edition of the Expo.

Also read: US hopes to announce several billion dollars worth of defence deals with India in near term

The event promises to bring in new technologies and technological solutions, where defence manufacturing companies from India and abroad will showcase their products and services in the defence arena on a single platform, the Ministry said in a statement.

As many as 1028 companies have registered for participating in this year's event, as against 702 in the DefExpo 2018.

The number of participating foreign companies have also increased to 172 from the previous figure of 160.

85-year-old dies of coronavirus in Alwar; 32 test positive in Delhi