US hopes to announce several billion dollars worth of defence deals with India in near term: Ambassador Kenneth Juster 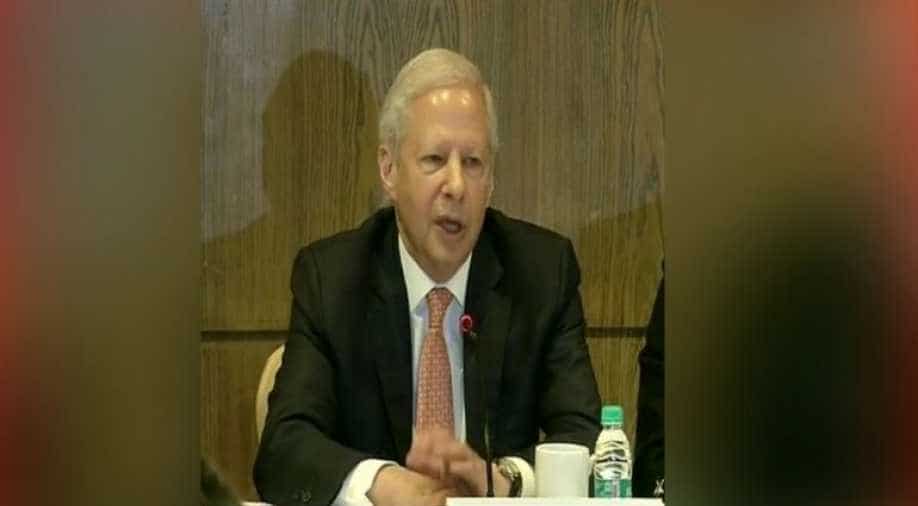 US Ambassador to India Kenneth Juster speaking at a press conference ahead of DefExpo 2020 in Lucknow on Tuesday Photograph:( ANI )

The Ambassador said that there is an 'enormous potential for industry partnership between India and the US on state-of-the-art defence equipment'.

The United States hopes to announce several billion dollars worth of defence deals with India in the near term, country's Ambassador to New Delhi Kenneth Juster said on Tuesday.

Speaking at a press briefing here a day prior to the beginning of the five-day DefExpo 2020 in Uttar Pradesh's capital city of Lucknow, Juster said, "When I first began working on US-India relationship in 2001, there were virtually no defence sales between the United States and India. Today that figure is about 18 billion dollars and there are several billion dollars of additional sales in the pipeline on a range of items, some of which we hope to be announcing in the near term."

In his remarks at the press conference, the Ambassador said that there is an enormous potential for industry partnership between India and the US on state-of-the-art defence equipment.

He noted that the US firms participating in the Defence Expo are partnering with companies across India, "including in Uttar Pradesh's Defence Corridor, to produce defence equipment not just for our countries' militaries, but for those of partner nations"

Also read: Several defence deals in the works between US, India, says Trump

"For example, Tata has partnered with Lockheed Martin to build all C-130 tails and F-16 wings here. And Boeing is collaborating with HAL [Hindustan Aeronautics Limited] to produce all AH-64 Apache fuselages in Hyderabad," he said.

Boeing will showcase a range of advanced defence capabilities at DefExpo 2020, including F/A-18 Super Hornet, KC-46 tanker, AH-64E Apache and the P-8I.