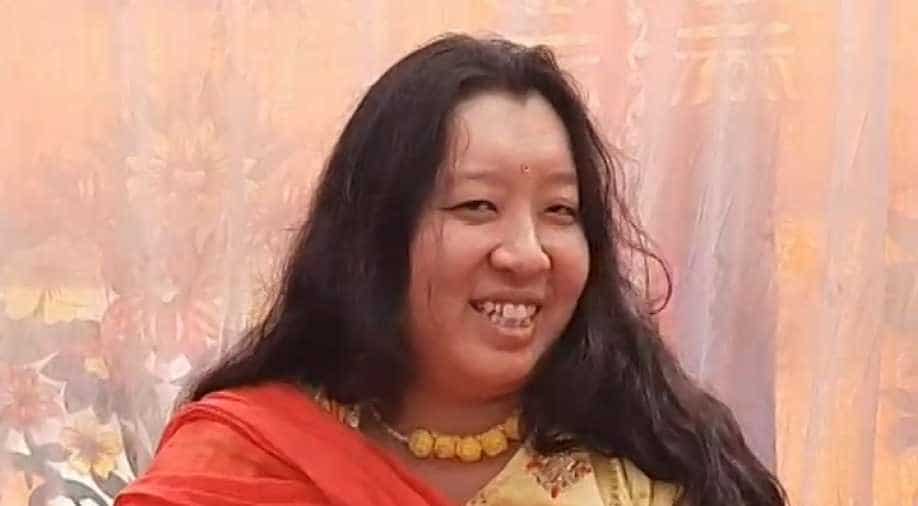 This love story started 5 years ago across the seven seas in Canada.

A Chinese woman named Zi Hao from Djiyong, a city in China, crossed the Great Wall of China and the Himalayas to reach Mandsaur, a city in Madhya Pradesh to find love.

After reaching India with her parents, she found her love and is now getting married to complete Indian customs.

Amid usual circumstances, this wedding would have gone unnoticed.

However, the marriage has taken place at such a time when the deadly coronavirus which originated in China has claimed 425 lives all across the globe.

The marriage kept the entire health ministry of Madhya Pradesh on its toes.

When the bride's parents arrived in Mandsaur, a team of five or six paramedics examined them thoroughly to prevent the spread of the quarantine in India.

“Though they do not have any symptoms of the coronavirus, we have been doing this as a precautionary measure. The moment we see any symptom, we will admit them to the hospital,” said Dr AK Mishra, a civil surgeon at Mandsaur's district hospital.

On Sunday, India had temporarily suspended e-visa facility for Chinese travellers and foreigners based in China because of the coronavirus outbreak that has spread to 25 countries, including India.

The couple's love story started five years ago across the seven seas in Canada.

Zi met Siddharth at the Sher University of Oakville, Canada.

In an unknown city, Siddharth helped Zi immensely. It was how they started meeting each other frequently.

Also read: All about love: In conversation with Turkish author Cemal Kafadar

During that period love started blossoming between the two. When both their families came to know about it, they fixed their marriage.
Shibo Wang, the father of Zi Hyo, said India is a great country and he is impressed with its hospitality.

Ji Hao explained how she came close to Siddharth due to his helpful nature and although Indian wedding customs are different from the traditional ways of China, she loved them to such an extent that she hopes that they will spend most of her time in India.

Siddharth's father Ved Mishra said that he got to know about their son's Chinese connection by monitoring Siddharth activities on Facebook.

He arrived in Canada to meet his son's lady love and spoke to her parents in China via video calling.

And then, after a discussion between both the families, the marriage was fixed.