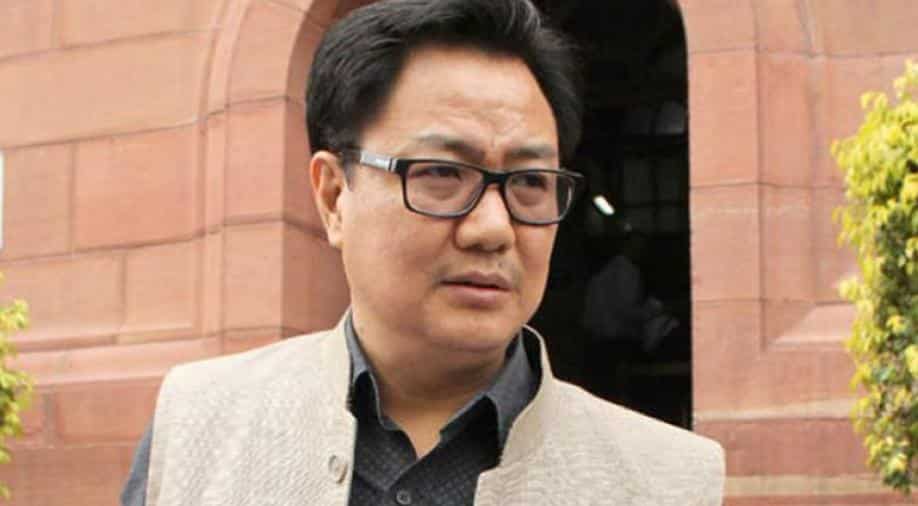 The Union minister of state for home hails from Arunachal Pradesh, where several thousand Chakma refugees have been allegedly settled during the then Congress government.

Union Minister Kiren Rijiju Thursday hit out at the Congress, accusing the party of settling refugees in protected lands in the Northeast and using illegal Bangladeshi infiltrators as a vote bank.

Rijiju said the BJP and the NDA government will do its best to protect the linguistic and cultural identities of the indigenous people of the Northeast.

“It is tragic that Congress did blunder by settling refugees in protected lands and made all illegal infiltrators from Bangladesh as their vote bank. We won’t allow it anymore,” he told reporters here.

The Union minister of state for home hails from Arunachal Pradesh, where several thousand Chakma refugees have been allegedly settled during the then Congress government.

Local people of Arunachal Pradesh have been opposing the “settlement” of Chakma refugees, who came from Bangladesh, in the state.

The issue of illegal immigration has been dominating the political landscape for several decades in Assam, which has witnessed an influx of people from neighbouring Bangladesh since the early 20th century.

A six-year agitation demanding identification and deportation of illegal immigrants was launched by the AASU in 1979. It culminated in the signing of the Assam Accord on August 15, 1985.

During the update of the NRC, a massive Supreme Court-monitored exercise to identify genuine Indian nationals living in Assam, have excluded over 40 lakh people from the draft list published on July 30, creating a huge political controversy.

Illegal immigration is also a major cause of concern for the people of Meghalaya, Nagaland, Mizoram, Manipur and Tripura.