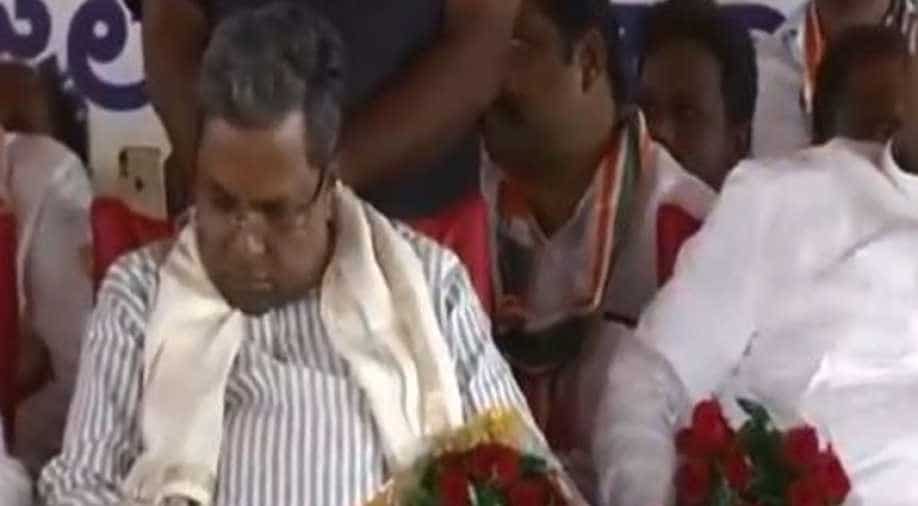 Karnataka Chief Minister Siddaramaiah was again on Monday seen dozing off at a party rally in Kalaburagi.

In the picture, the Karnataka CM can be seen dozing away as the rally progresses. In the past, there have been several instances of minister dozing off during party meets or gatherings.

It appears to be a chronic problem for the 69-year-old, who has been seen struggling to stay awake even during heated debates inside the assembly.

In 2016, he had a sleep attack at an Indian Science Congress function addressed by Prime Minister Narendra Modi at Mysuru University.

According to reports in regional media, the Chief Minister has admitted to a sleep disorder and has tried to cure it with yoga.