JNU row: Protesters in Mumbai moved from Gateway of India to Azad Maidan 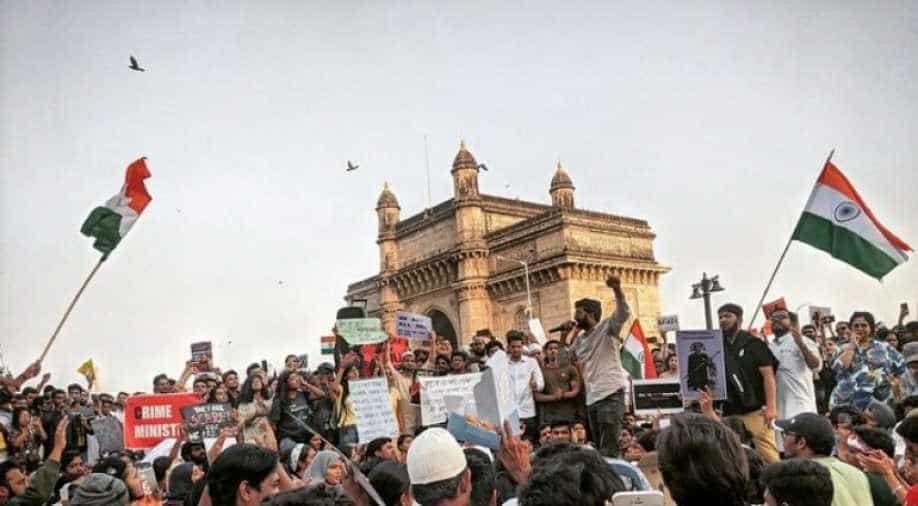 People protesting in Mumbai against the violence that rocked Jawaharlal Nehru University in Delhi were moved from the Gateway of India to facilitate easier movement of traffic.

According to the police officials, the protesters were requested to move but refused to, which is why they were forced to relocate to Azad Maidan near the Chhatrapati Shivaji Maharaj Terminus.

Scores of people had earlier assembled at the Gateway of India demanding action against the perpetrators of the JNU violence. The protesters also called for the resignation of Prime Minister Modi and Union Home Minister Amit Shah.

Kapil Agarwal,protester: We were forcibly shifted here to Azad Maidan by Police. But now we have called off our 'occupy Gateway of India' protests, it was a successful protest. Our resistance will continue, we have a long line up of programs. #Mumbai pic.twitter.com/5jiYaLflDI

On Sunday evening, around fifty people, with their faces covered launched an attack on the students and the faculty members who were on campus.

According to reports, police officers were stationed at all major entrances since the afternoon.

The mayhem began at Sabarmati Hostel, where the mob vandalised the structures, broke into the hostel rooms, and thrashed the students.

The Delhi police have garnered criticism for not taking any action while the events unfolded in the university.

Additionally, the Delhi Commission for Women has taken suo-moto cognizance of the brutal attack on female students and faculty members inside the campus.

The protesters sloganeered and sang songs of revolution all night in front of the Gateway of India and the Taj Mahal Palace hotel in Mumbai.

Kapil Agarwal, a protester said, ''We were forcibly shifted here to Azad Maidan by Police. But now we have called off our 'occupy Gateway of India' protests, it was a successful protest. Our resistance will continue, we have a long line up of programs''.

Students from IIT Bombay, TISS, and members of students' organisations, including the ASFI, sloganeered against the government and called for immediate action. Songs like 'Hum dekhenge', 'Hum honge kamyab' and 'Sarfaroshi ki tamanna' were echoed throughout the protest.

Protests have erupted in many cities across the state including Aurangabad, and Pune.