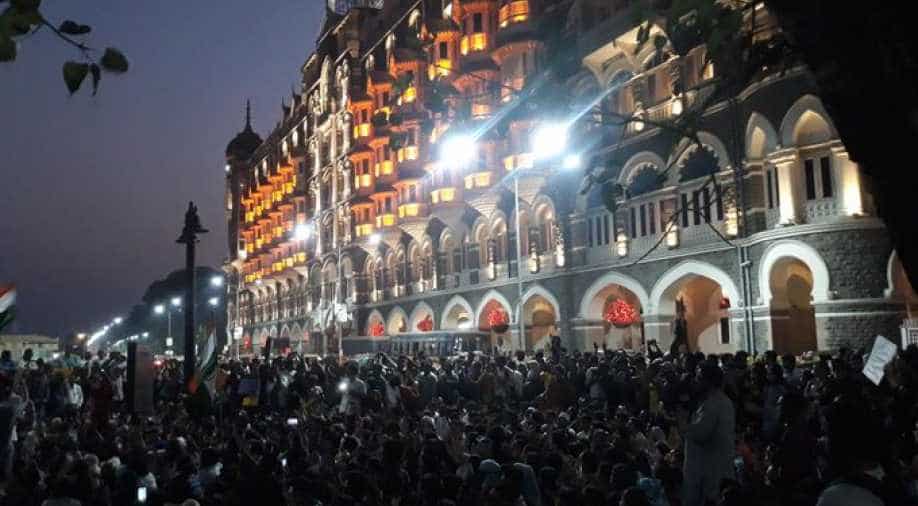 Students protesting at Mumbai's Gateway of India against yesterday's violence in JNU.  Photograph:(Others)
Follow Us

More than 18 students of the university were injured after a group of masked men entered the varsity and attacked them and teachers with sticks and rods.

A day after violence rocked Jawaharlal Nehru University campus, students across the country condemned the incident and organised protest marches.

More than 18 students of the university, including JNUSU President Aishe Ghosh, were injured and were taken to the AIIMS Trauma Centre after a group of masked men entered the varsity and attacked them and teachers with sticks and rods.

Several students from the city thronged the Gateway of India and organised a protest against yesterday's violence in JNU.

In Tamil Nadu, Students organised a candle march in Chennai to protest the brutal assault on JNU students.

In West Bengal, clashes broke out between Jadavpur University students and police personnel, near Sulekha Mor in Kolkata, during a protest against JNU violence. Police lathi-charged the students.

Security has been beefed up in and around JNU in Delhi.