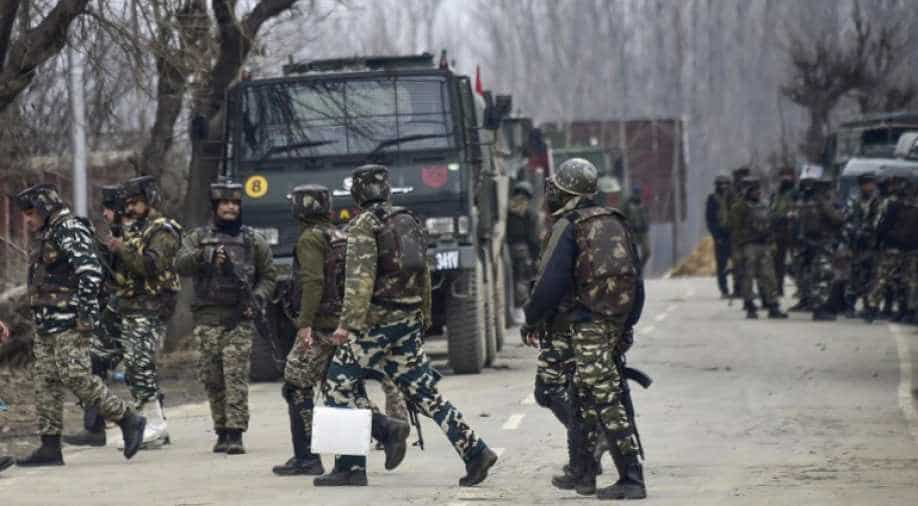 Army sources said the exchange of fire between the two sides is still on after Pakistan violated the ceasefire.

A Pakistani post opposite the Rajouri sector in Jammu Kashmir was hit inaction by the Indian Army on Saturday.

Army sources said the exchange of fire between the two sides is still on after Pakistan violated the ceasefire.

One Indian Army soldier lost his life this morning in Pakistani firing in Rajouri.

The deceased soldier was identified as Lance Naik Sandeep Thapa.

Indian Army during the intervening night of Thursday-Friday had foiled multiple infiltration attempts by terrorists backed by the Pakistani Army.

Army sources had told ANI on Friday that to push terrorists from multiple points inside Indian territory, Pakistan has activated a major communication hub in the Kali Ghati area near Neelam Valley in Pakistan occupied Kashmir (PoK) to facilitate terrorists trying to infiltrate.

The communication hub with a range of 50-60 kilometres, allows terrorists to communicate with their guides even across the LoC.

Indian Army positions on the Line of Control have been alerted to prevent any misadventure by Pakistan Army.

On Thursday, Northern Army Commander Lt Gen Ranbir Singh had said that Pakistan was trying to push in infiltrators in the last few days.

The developments come in the wake of the Central government's decision to scrap Article 370 which gave special status to Jammu Kashmir.