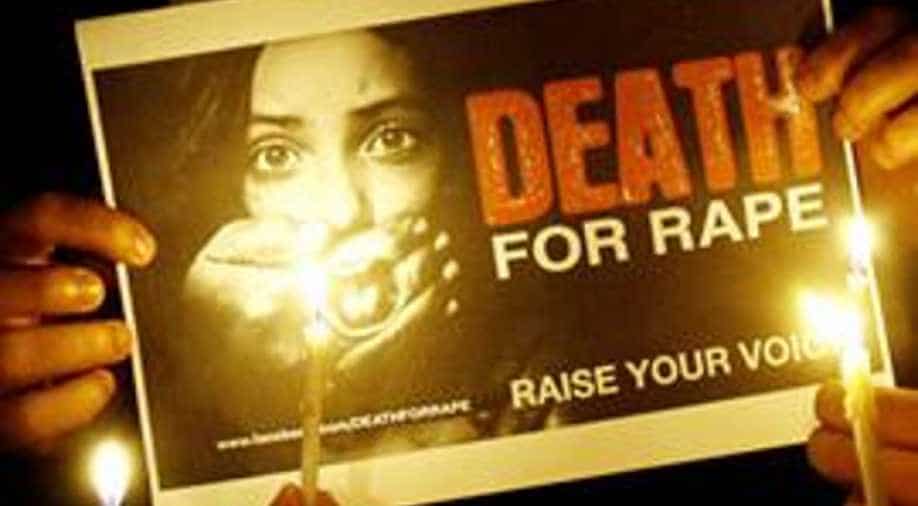 The Centre had also approved an ordinance to amend the Protection of Children From Sexual Offences (POCSO) Act only last week.

The Mehbooba Mufti government in Jammu and Kashmir today approved an ordinance providing death penalty to those guilty of raping children, a development that comes in the wake of massive outrage over the Kathua rape and murder case.

Significantly, the government also shifted the 'burden of proof' on the accused, while bringing provisions to ensure time-bound fast-track investigation and trial in such cases, a minister said.

The Centre had also approved an ordinance to amend the Protection of Children From Sexual Offences (POCSO) Act only last week.

In cases of rape, where the victim is a child up to the age of 12, we have provided for death penalty to those found guilty, Jammu and Kashmir Law Minister Abdul Hak Khan told reporters here today.

The state Cabinet, which met under Chief Minister Mehbooba Mufti, approved two ordinances to provide stringent punishment including death penalty for those convicted of rape of minor girls, the minister said.

"One ordinance is the criminal law ordinance 2018, in which enhancement of punishment in rape victim cases is provided and the second is Jammu and Kashmir protection of children from sexual violence ordinance," Khan said.

The second ordinance is aimed at checking offences against children up to the age of 16 and that is a special act we have brought in the shape of an ordinance today, he said.

The government had specified in the ordinance that life means "entire life" in terms of punishment, the minister said. Earlier, the interpretation of life sentence was different, from 10 years to 16 years, now we have kept it in the law so that nobody can interpret it otherwise, he added.

The government has changed the pattern of investigation and trial of rape cases in J&K would be fast-tracked, he said. "Only women police officers will investigate such cases and two months has been set as the time frame for completion of investigation," Khan said.

We have fixed a six months period for trial, he added.

An appeal time of six months has been provided in such cases and it is to be decided within six months, he said.&nbspIn cases of fine imposed by the court, the new ordinance would direct that amount for the rehabilitation of the victims, unlike earlier when it used to go to the state exchequer, he said.

The trial will be in camera and bail provisions made tougher, he said.

He said child-friendly provisions had been brought through the second ordinance so that the victims are not harassed.&nbspIt is must for the courts to record the victim's statement within 30 days, he said. "We have put in the ordinance that the burden of proof is on the accused. Accused has to prove that I have not committed crime," he said.

This step has been taken in view of the Kathua rape and murder case by the Mehbooba Mufti government in J&K, he said.&nbspThe body of a girl, from the Bakerwal community, was recovered from a forest on January 17, a week after she went missing while grazing horses in the forest area.

The crime branch arrested 8 people including Juvenile and submitted charge-sheet in the court in Kathua on April 9. The trial has begun in the case on Monday last.