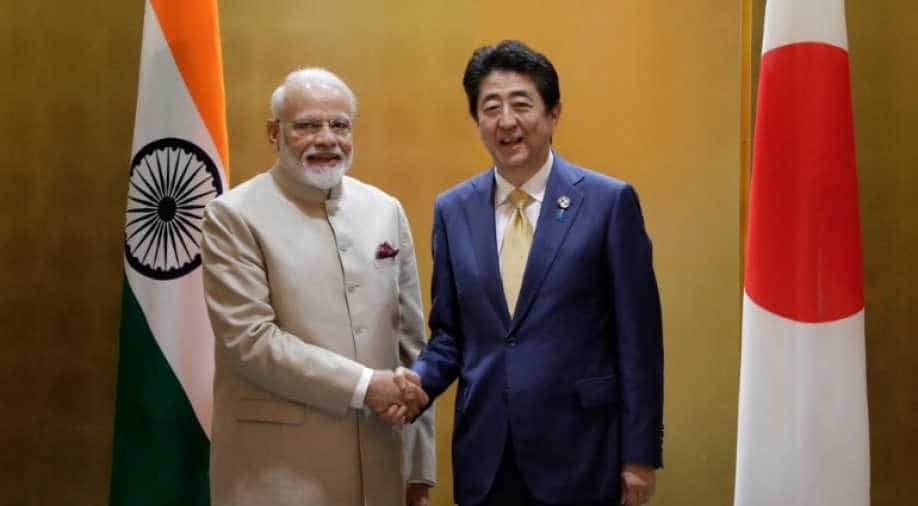 If Shinzo Abe visited Imphal, he would become the first Japanese PM to arrive in the north-eastern city.

Japanese Prime Minister Shinzo Abe is expected to arrive in north-eastern city Imphal as part of his three-day visit to India in December, as per sources. Imphal was once a battlefield between Japan and Allied forces during World War II.

If Abe visited Imphal, he would become the first Japanese PM to arrive in the north-eastern city. The sources added that the Japanese prime minister will also pay a visit to Imphal Peace Museum (IPM), which was opened in June to mark the 75th anniversary of the Battle of Imphal. The museum, which is 20 km southwest of Imphal and spread on 10 acres of land at the foothill of Red Hill, exhibits war artefacts and personal belongings of Japanese troops.

The Battle of Imphal is considered as one of the bloodiest battles fought during the second world war, where more than 30,000 Japanese troops were killed.

The Japanese PM will also hold talks with his Indian counterpart PM Modi regarding the acquisition and cross-servicing agreement, or ACSA, which seeks to enable both the nations to share defence capabilities and supplies. Meanwhile, India and Japan are also expected to hold their first 2+2 ministerial meeting later this week regarding the signing of ACSA.

India and Japan have deepened their bilateral ties in recent years and both Modi and Abe have made reciprocal visits.

Abe is scheduled to arrive in India on December 15, however, the Indian government is yet to confirm the date and places of Abe's visit. The Japanese PM is also likely to visit China late in December for a meeting with Japanese, Chinese and South Korean leaders.