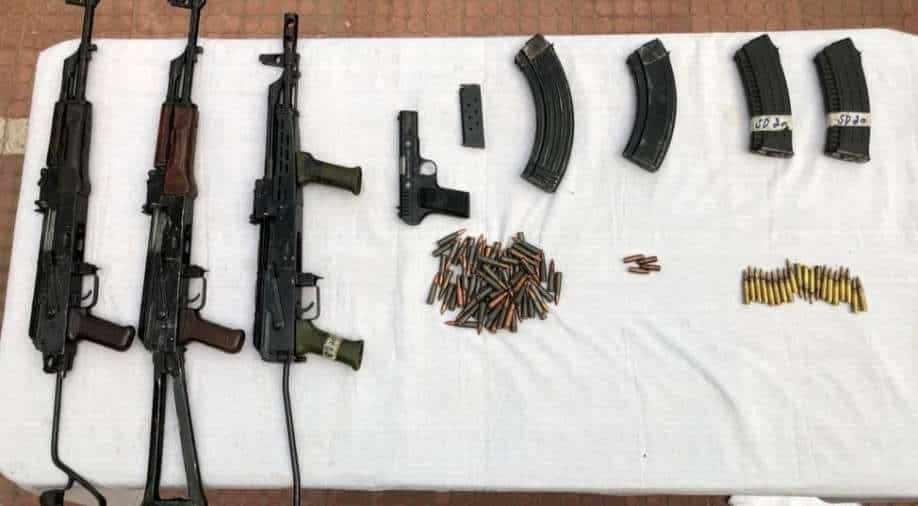 A joint team of the Indian Army and Jammu and Kashmir Police busted a terror hideout and recovered a large cache of arms & ammunition near a village along the Line of Control in Poonch district.

The Indian Army said that a search operation was conducted based on specific intelligence inputs, following which a team consisting of the Poonch Brigade of White Knight Corps and a special operations group (SOG) raided Noorkote village of Haveli tehsil on Sunday evening.

“On Apr 3, the alert troops of Indian Army and SOG, carried out a joint operation and recovered arms and ammunition from a village along Line of Control in district Poonch(J&K),” said PRO Defence, Jammu.

The security forces have said that the terrorists were planning to disturb peace in Jammu and Kashmir, which has been foiled by them.

Officials said that no arrests were made during the search operation.