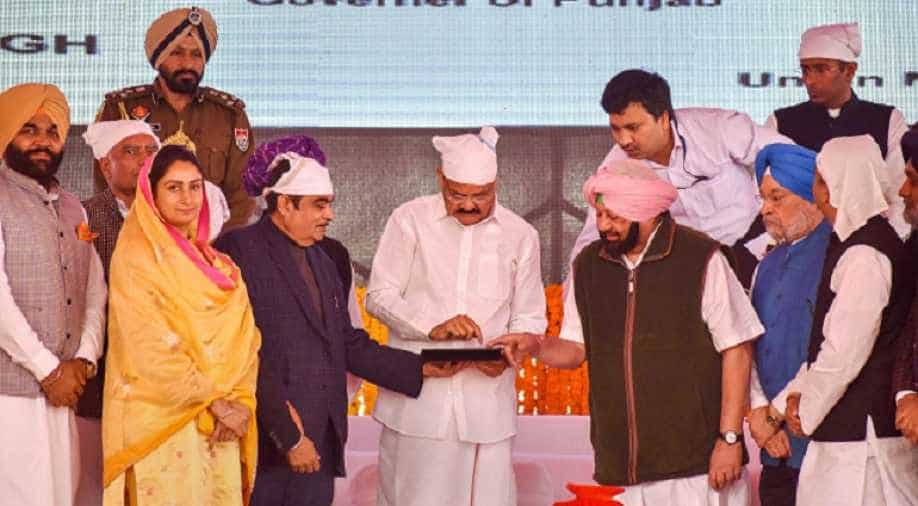 Today is a historic day,  said Vice President M Venkaiah Naidu as he along with Punjab Chief Minister Amarinder Singh unveiled a foundation stone on Monday for a six-km route leading from Dera Baba Nanak in Punjab to Kartarpur in Pakistan’s Punjab.

Now, instead of taking the long and arduous route through Attari border, people would be able to visit the holy Kartarpur site directly. He expressed happiness that Pakistan had accepted the long-pending demand of India.

Speaking after the foundation stone ceremony for the Kartarpur corridor, which will facilitate easy passage to Sikh pilgrims to the historic Gurdwara Darbar Sahib in Pakistan, he said the corridor is the corridor to the shrine of peace, harmony and humanism, to the universal vision of a world as one family, to the service to humanity, he said.

"We want good relationships with all our neighbours," Naidu said by citing  PM Modi's Lahore visit as his desire for peace but, he said, India will never accept terrorism, it will not help those who send terrorists here," he added.

Meanwhile, BJP leader Subramanian Swamy described Kartarpur corridor as a dangerous move and can be misused as there are no proper checks.

Just showing passport not enough, he said and added one can get a passport in Chandni Chowk for Rs 250. People should register six months in advance,  and we should not allow people from Pakistan to come here.